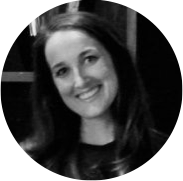 For agile and DevOps software development teams, Git is the de facto version control system and an essential part of a DevOps toolchain. This well-supported open source project is flexible enough to support a range of workflows that suit the needs of any given software team. Its distributed nature – rather than centralized – gives it superior performance characteristics and allows developers the freedom to experiment locally and publish their changes only when they're ready for distribution to the team.

Once you've created a release branch, you'll need to regularly merge it into your main branch to ensure that your feature work makes it into future releases. To minimize overhead, it's best to create the release branch as close to the scheduled release date as possible.

Once branches are considered done and ready for code reviews, Git plays another key role in an agile development workflow: testing. Successful agile and DevOps teams practice code reviews and setup automated tests (continuous integration or continuous delivery). To help with code reviews and testing, developers can easily notify the rest of their team that the branch work is ready for review and that it needs to be reviewed through a pull request. More simply put, a pull request is a way to ask another developer to merge one of your branches into the main branch and that it is ready for testing.

With the right tooling, your continuous integration server can build and test your pull requests before you merge them. This gives you confidence that your merge won't cause problems. This confidence makes it easier to retarget bug fixes and conflicts in general, because Git knows the difference between the branch and main code base since the branches have diverged.

A long running feature branch that is not merged to the main branch may hurt your ability to be agile and iterate. If you have a long running feature branch remember that you effectively have two divergent versions of your code base, which will result is more bug fixes and conflicts. But the best solution is to have short-lived feature branches. This can be achieved through decomposing user stories into smaller tasks, careful sprint planning, and merging code early to ship as dark features.

The Git/agile story is one about efficiency, testing, automation, and overall agility. Once you’ve merged a branch to the main branch, your agile workflow is done. Likewise, merging code through pull requests means that when code is done, you have the documentation to confidently know that your work is green, that other team members have signed off on the code, and that it is ready to release. This keeps agile teams moving at a speed and with confidence to release often: a sign of a great agile team.

Adopting a regular release cadence is key to agile development. In order to make Git work for your agile workflow, you need to make sure that your main is always green. This means that if a feature isn’t ready then wait for the next release. If you practice shorter release cycles this shouldn’t and won’t be a big deal.

Read this article
Up Next
Branching