Building and managing a comprehensive project

Project managers use Gantt charts to visualize the building blocks of a project and to break this single, huge project into smaller, more manageable tasks. The resulting small tasks are scheduled on the Gantt chart's timeline, along with dependencies between tasks, assignees, and milestones.

At the execution stage of large, organized and detailed projects, Gantt charts help visualize the process and progress. The tool aligns teams by keeping everyone focused on the same goals and working on a single timeline.

Gantt charts can be employed to keep an eye on the logistics of a particular, even small, project. Task dependencies, which are visualized as colored arrows in most Gantt chart software, help ensure that a new task can only start once another task has been completed. If one task catches a delay, then some Gantt chart software may automatically reschedule the next task. This third use case addresses the needs of multi-team environments. 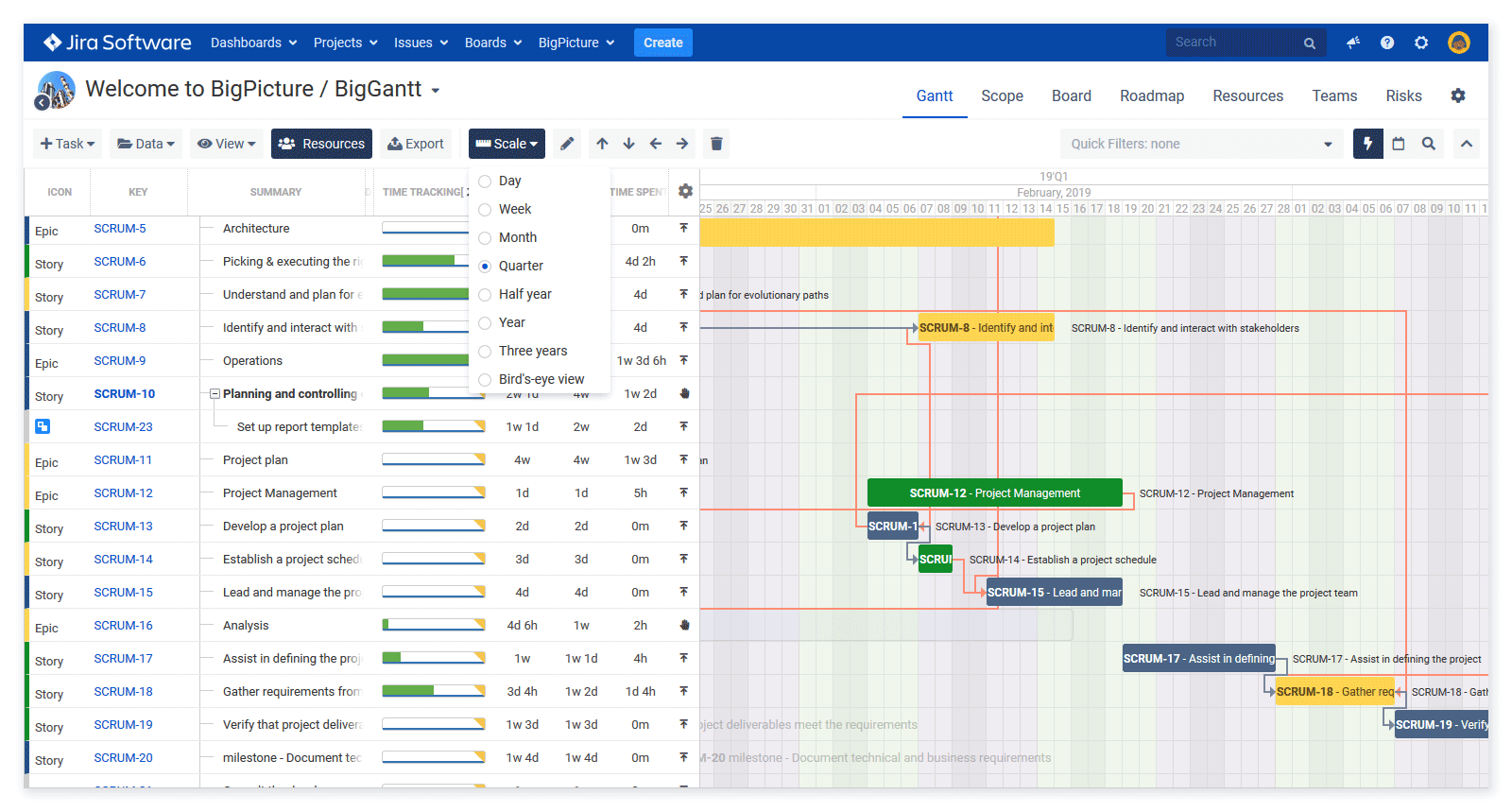 Marcin is a digital marketer at BigPicture.ONE., makers of BigGantt Chart app for Jira. With his automotive background he goes beyond the 'Jira + software development' standard. He likes simple, up-to-five-sentence answers to complex questions.

Read this article
Up Next
Product Management