The git pull command first runs git fetch which downloads content from the specified remote repository. Then a git merge is executed to merge the remote content refs and heads into a new local merge commit. To better demonstrate the pull and merging process let us consider the following example. Assume we have a repository with a main branch and a remote origin. 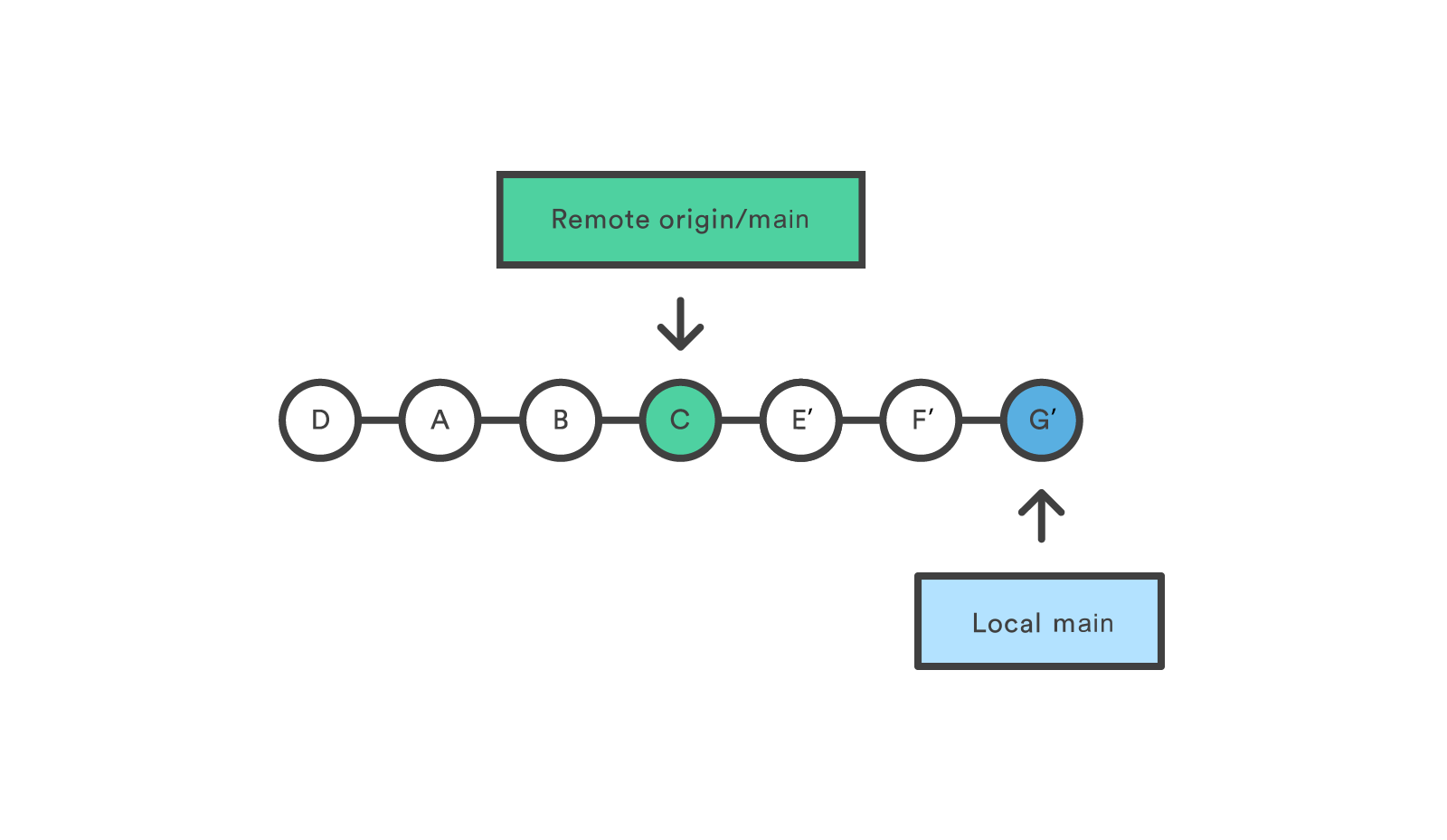 In this diagram, we can now see that a rebase pull does not create the new H commit. Instead, the rebase has copied the remote commits A--B--C and rewritten the local commits E--F--G to appear after them them in the local origin/main commit history.

You start out thinking your repository is synchronized, but then git fetch reveals that origin's version of main has progressed since you last checked it. Then git merge immediately integrates the remote main into the local one.

The following example demonstrates how to synchronize with the central repository's main branch using a rebase: