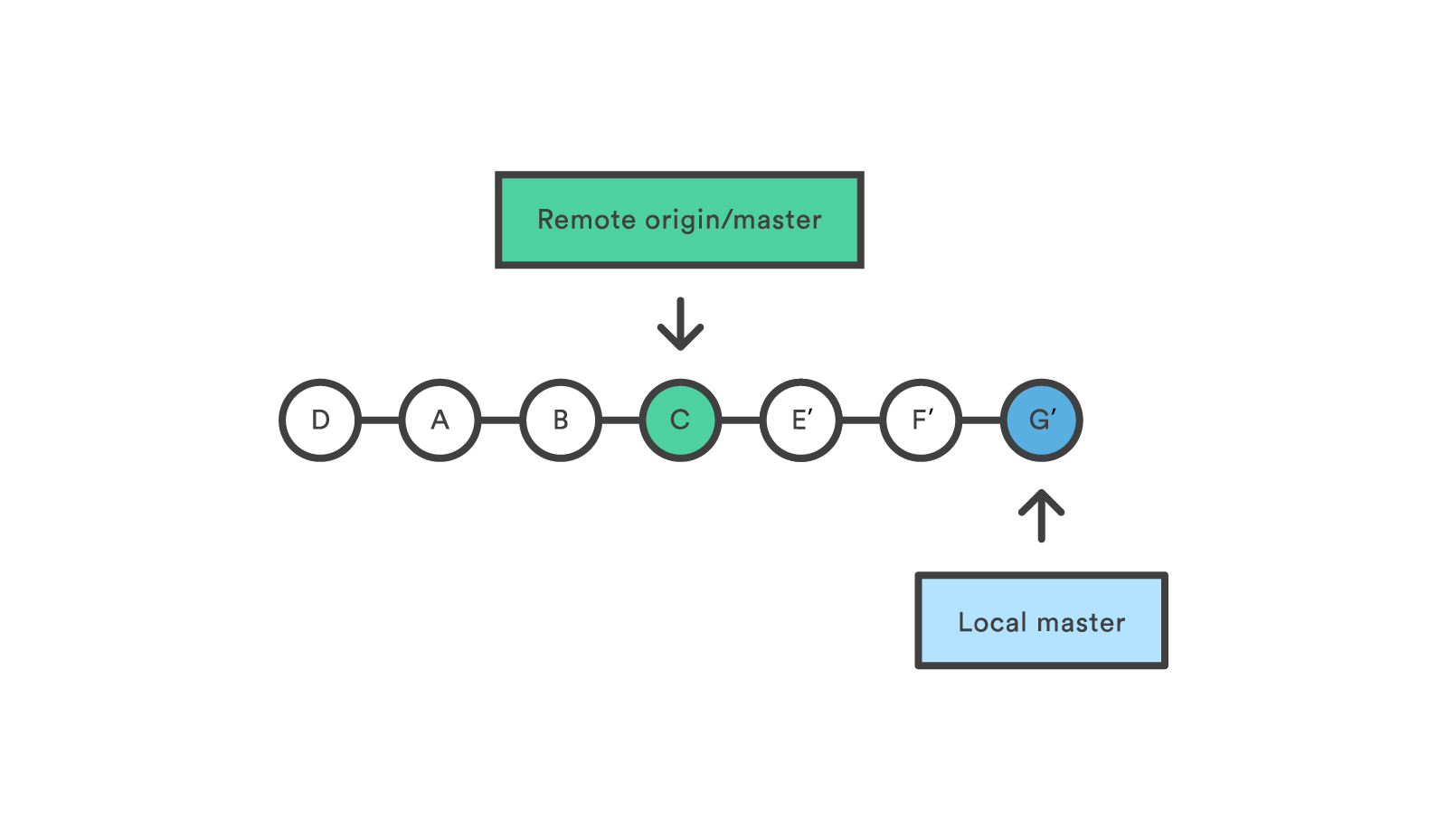 In this diagram, we can now see that a rebase pull does not create the new H commit. Instead, the rebase has copied the remote commits A--B--C and rewritten the local commits E--F--G to appear after them them in the local origin/master commit history.