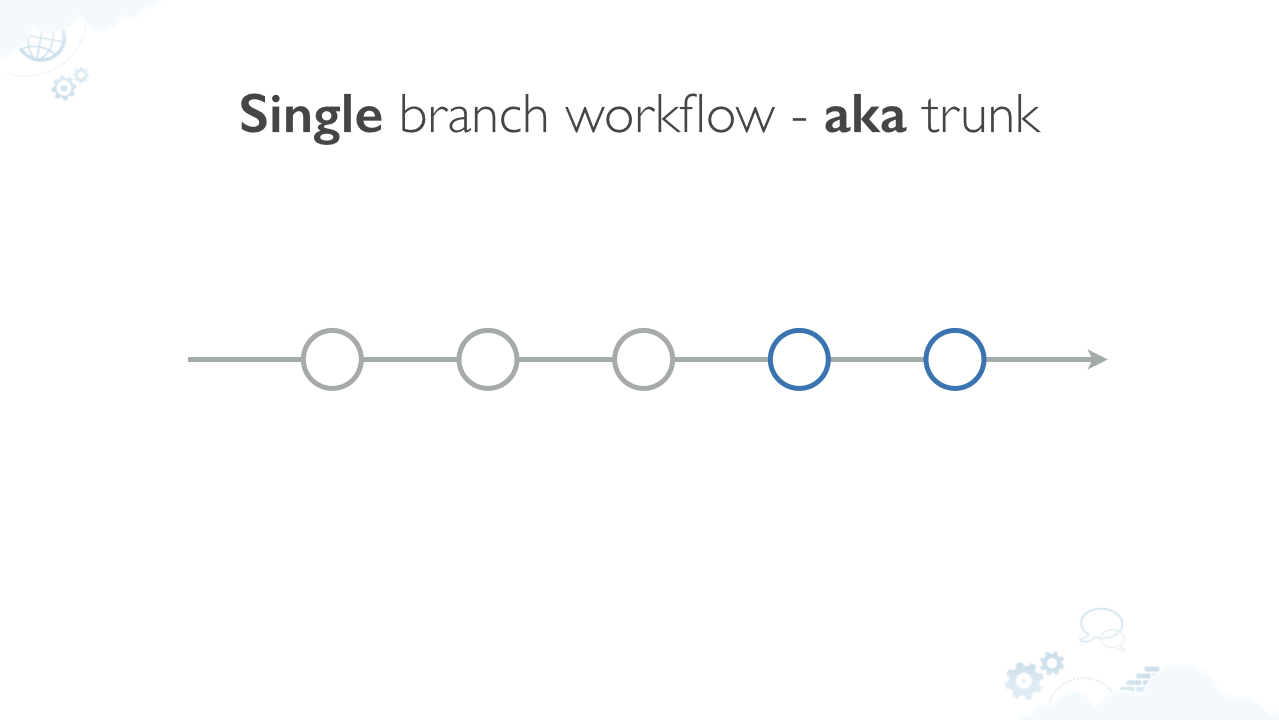 Teams fresh on git adoption or teams that want to retain their workflow might try to reproduce the same feel. Even though the trunk in git-speak is now called main you can work with a single branch in git, it looks like this:

Everyone works on main, nobody works on branches and every single developer uses rebase to keep up-to-date with the latest changes. This is very close to an old style trunk-only subversion branching model.

It's not uncommon for me to hear modern teams that - yes - have embraced some level of branching but are nostalgic and enforce a squash on commit rule that flattens history and makes main look exactly as the picture above.

What is the major drawback of a single branch? When main is broken the work of everyone is disrupted. It's true that with gitdevelopers have the entire history of the project at their disposal. It is easy to go back in time to before the breakage and keep working until the problem is resolved. But it's true also that if a developer knows how to do this time travel smoothly, he is also using his own local branches to park his work. 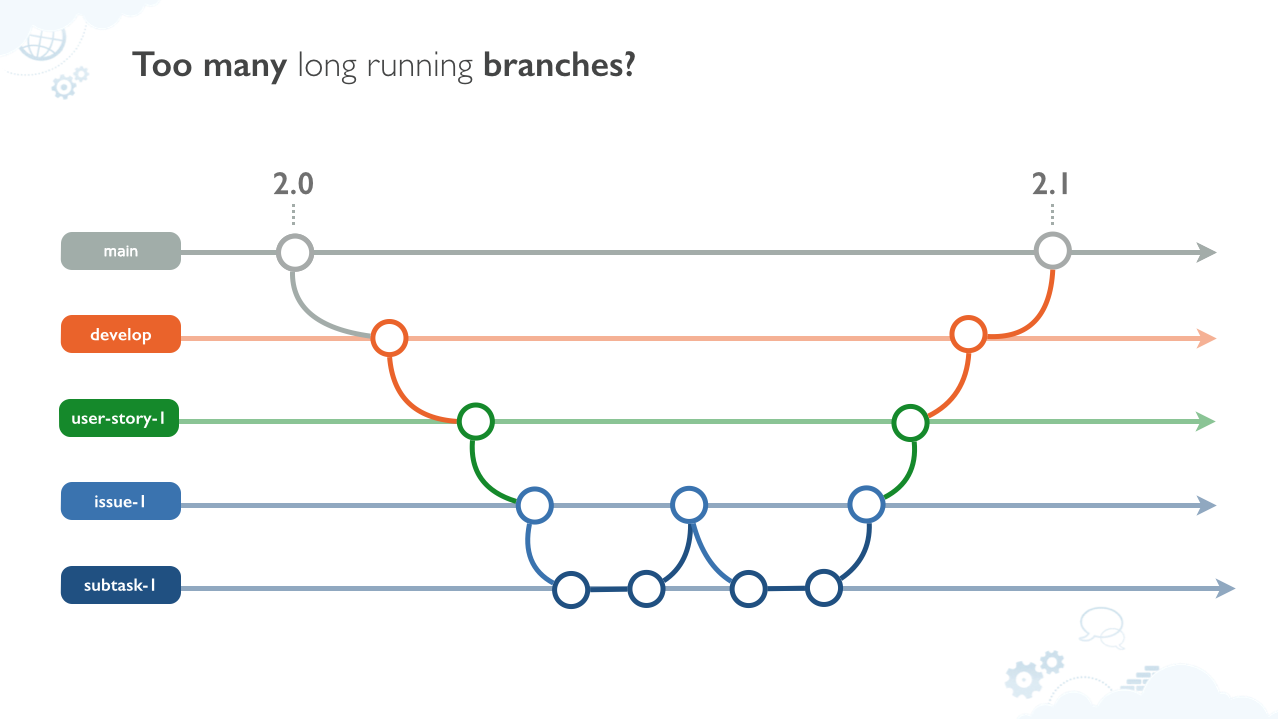 My recent article on simple git workflows showed a simple branching model for continuous delivery. Which is centered around the notion that main is the production branch. Any commit to main is a tagged production release. It's a great workflow for example for web applications, store fronts, Saas and in general for situations when you don't have to maintain older historical versions.

When you have to maintain and support older versions of your products a single stable main is not enough. The solution is to have a long running release branches for each version your team needs to support. Changes flow always from the older branches to the more recent ones, never in the opposite direction. For reason why see post on the essence of branch based workflows. 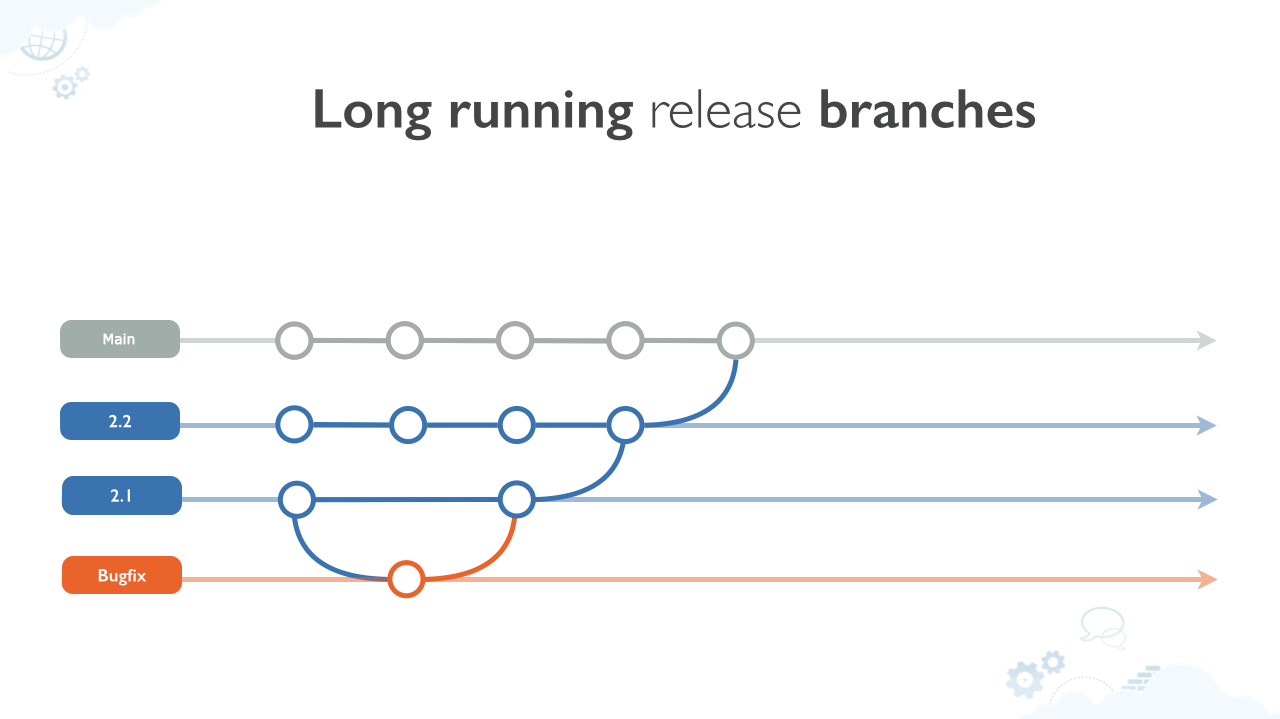 Provided you know exactly why you can't do without it can be helpful to isolate the work of a small team of developers for longer than a single iteration. To accomplish this you can setup an integration branch. The branch should be updated with the latest from main as often as possible, to simplify the final merge.