After growing team output by 30% in the first year with SAFe, we saw another roughly 30% incremental growth in output the following year with the adoption of Jira Align. 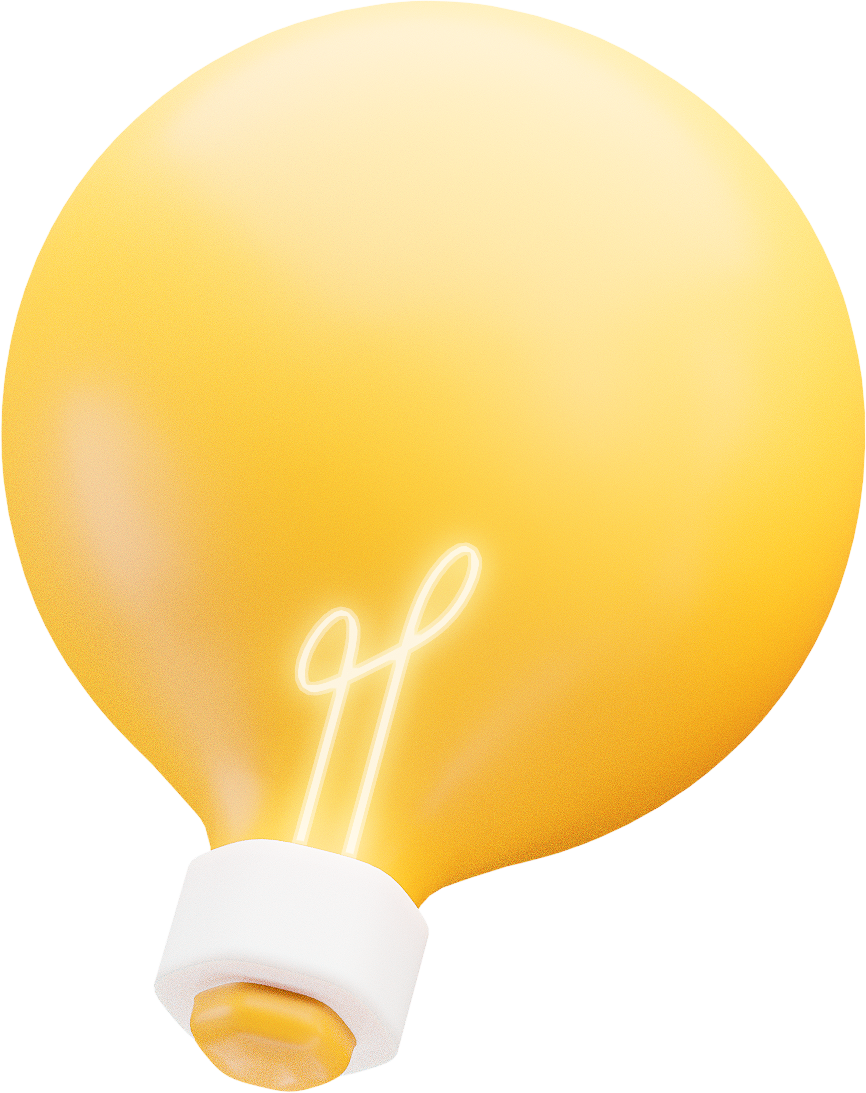 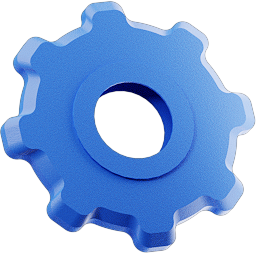 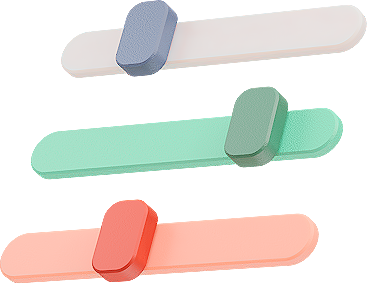 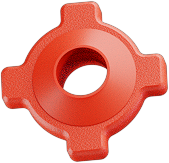 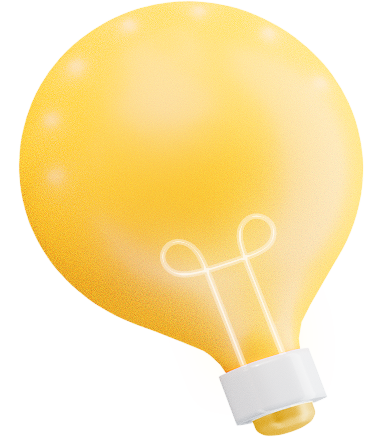 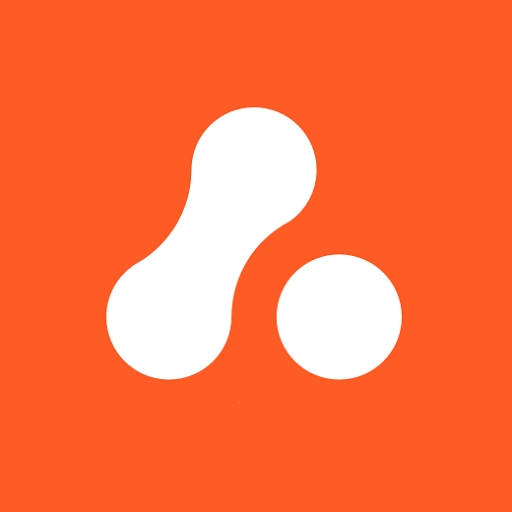 Switching to an agile delivery method is a huge undertaking for established software development teams. But when you shift software and hardware teams – and all of their interdependencies – to a scaled agile delivery framework, the challenges go from difficult to downright daunting. Lutron Electronics felt in the dark about how to navigate the process, but Solution Partner Adaptavist and Atlassian helped light the way to a solution. By implementing the framework from Scaled Agile, Inc. (SAFe) along with Jira Align, Lutron has transformed their culture, processes, and platforms to not only deliver better products, but also better experiences for employees and customers alike.

Since 1960, Lutron Electronics has been a leader in lighting control. From residential dimmers and switches to smart commercial lighting and automated shade systems at the Empire State Building and Exxon’s Houston headquarters (one of the largest commercial construction projects in the U.S.), hundreds of millions of people use their products every day – many without even knowing it.

In the early days of lighting control, products like Lutron’s were reserved for businesses and wealthy individuals. Over time, the technology became more accessible to the everyday consumer. As lighting evolved from an expensive, commercial-only product to a mass-market experience, Lutron had to adapt, too.

The Lutron team was energized by this new direction in their industry, but they knew it demanded significant changes to their culture, processes, and tools – an especially daunting challenge given the complexity of their products and delivery model. Over time, Lutron’s products evolved into a combination of software (made with code that’s relatively fast and easy to deploy) and hardware (physical devices that take time to manufacture and ship). Their Caséta smart dimmers, for example, include a physical dimmer switch and software to control lights with an app or smart home device. Due to the long lead times associated with designing and manufacturing hardware like the Caséta switch, the teams producing these parts of the products were more averse to risks and changes. On the software side, teams are often much more comfortable with testing new ideas and moving quickly.

These cultural differences and timeline constraints made it incredibly difficult for Lutron’s hardware and software teams to collaborate and manage dependencies. “If we showed you the line diagram of how all these hardware and software pieces connect together, it's like a ball of spaghetti, and it all has to be simplified for a user,” says Senior Director of Systems Engineering Ben Bard. “That’s one of the things that really required us to go SAFe, scale our efforts, and introduce a product like Jira Align. It just wasn't manageable before.”

Now I go to Jira Align rather than walking around or calling 150 people.”

Directive met: product output grows by over 30% in one year

Ben and his team had been feeling these growing pains and considering solutions for a while before an executive request gave them the motivation to act. The company’s executive team , challenged Engineering to increase productivity by 30% so Lutron could keep pace with their sales team’s and customers’ demands. Meeting this goal would require a major change, and Ben’s team thought SAFe, a proven framework for managing portfolios of complex products, could be the answer.

Lutron’s software teams were enthusiastic about the idea of leaving waterfall behind, but hardware teams were skeptical. To gain buy-in, Ben and his colleagues worked with Adaptavist to pilot SAFe in one product area. They measured the outcomes, shared the results with executives and other teams, then moved on to another test project.

Throughout this pilot phase, Engineering sometimes got pushback that a framework like SAFe, which typically divides three-month iterations into shorter sprints, couldn’t work in a hardware environment. When this concern came up, the team encouraged people to shift their focus from delivery to discovery. “Hardware teams would say, ‘I can't deliver anything in two weeks. This piece has a 12-week lead time,’” Ben recalls. “So we would say, ‘Okay, well, what is your learning goal for two weeks?’ The learning outcome became a key way to think about breaking the work down and helped hardware teams realize they could get there.”

To guide them during this evolution, Lutron invited Adaptavist’s Jon Kern (a co-author of the Agile Manifesto) to mentor their software and hardware teams. Jon imbued that agile is all about reducing the gap in time between taking an action and getting feedback, and encouraged the group to focus on outcomes instead of activity so they could deliver more value. Lutron took these ideas to heart and concentrated on embedding learning into their culture and workflows – a key tenet of an agile mindset.

This shift in both mindset and methods started to pay off quickly. Within about a year, Engineering had surpassed their goal and increased output by 34%, even more (over 50%) when factoring in workforce growth. After proving the efficacy of SAFe during the pilot phase and gaining leadership buy-in, Ben began to see his team’s role change from champions to consultants. “At that point, the hardware teams started asking for SAFe and pulling for it instead of us pushing back,” he says.

Failing to capture strategic guidance and integrate that guidance with downstream tools is how you keep the old ways in place. But Jira Align is shining a light and allows us to share information across teams.”

"The only solution that matches our needs"

While Ben’s team was encouraged by the wins and enthusiasm they were garnering with SAFe, they also uncovered new challenges with their legacy tools. As Engineering started working on their next-generation commercial product, they found their program and portfolio management tools (particularly Miro and Excel) pushed to their limits.

In one case, team members were frustrated that they had to enter the same data in multiple tools, prioritization lists kept getting jumbled, and there was no single source of information or visibility into the entire project. Ben says, “That project just broke our processes. We could not coordinate the communication that every person needed so that they could manage all of those pieces simultaneously and stay aligned. We put SAFe and Jira Align in place to help manage that level of complexity.”

Adaptavist supported Lutron through selecting, implementing, and scaling a solution. Together, they chose Jira Align because it’s designed to help organizations support scaled agile methods, including SAFe, and it integrated with Lutron’s existing Atlassian ecosystem. “Looking at the long term, Jira Align is the only solution that matches our needs,” Ben says.

The ability to work across all of these teams and see how a solution is going to come together is transformational."

Adaptavist was clear with Ben’s team that Jira Align is most powerful when it’s paired with process improvements. “The tool is there to support the process,” says Managing Consultant William Rojas. “There were some improvements that Lutron needed from a process perspective first: how to organize teams, how they were planning, how they were working through everything. And then the tool came in to make it that much more seamless and transparent.”

A big focus during the initial implementation was reorganizing and restructuring teams to be more cross-functional so they could not only address dependencies earlier, but also remove some completely. Ben says this started a “crusade to eliminate dependencies” and leverage Jira Align as an alternative to their existing method, which he affectionately calls “MBWA.”

“The technique we had to manage dependencies before was MBWA, or Management by Walking Around. You walk over to the person’s desk many times a day to talk it out. But then dependencies went through the roof as the product got more complex. We saw the process breaking.”

Since beginning to use Jira Align, Ben’s colleague, Senior Engineering Manager Victor Volkodav, says the team has accomplished their goal and minimized MBWA by centralizing information into a single source of truth: “Now I go to Jira Align rather than walking around or calling 150 people.”

Jon and the Adaptavist team are impressed by Lutron’s dedication to transforming their products and processes. “I was initially concerned about Lutron taking such a big leap to this new way of working with Jira Align across software and hardware,” Jon admits. “But their teams put my fears to rest and pushed through every challenge they faced.”

A brighter future: aligning strategy with work for continued growth

Today, Lutron uses Jira Align and Jira Software for business planning and Program Increment (PI) planning, which they seamlessly moved to a virtual implementation when the COVID-19 pandemic hit. Jira Align facilitates portfolio-level coordination by providing program owners and portfolio stakeholders with a single source of truth for PI objectives, work items, and dependencies. Then, after the team completes PI planning sessions as part of their SAFe rituals, information is automatically transferred to Jira Software so engineers can get to work. Throughout the sprint, portfolio managers can easily export data from Jira Align to share with leadership so they have visibility into the team’s progress and can keep execution aligned with the high-level business strategy.

Holding all of this information in one place, from strategic priorities through dependencies, reduces the friction of working across large teams, especially when they’re geographically dispersed.

Rhodes Baker, Senior Manager of Product and Technology and a portfolio leader at Lutron, says that “nothing can fully replace the value of in-person communication. But Jira Align helps us scale those precious minutes by scoping each interaction around the decisions that really matter and allowing everyone to start on the same foundation of understanding.”

Having tools that support the SAFe approach has taken Lutron’s initial improvements to the next level. Since implementing Jira Align, Engineering has eliminated many dependencies, improved visibility into progress, and better connected the strategy to the work – all of which has trickled down into “a real, significant change in speed to market,” Ben says. Victor adds, “We continue to scale SAFe and Jira Align to more teams and functions across Lutron, and we expect that to translate to additional value for our customers in the future.”

To drive the efficiency and innovation they were after, Adaptavist advised Lutron to not only shift the ways they worked and organized as teams, but also the ways they thought about work. “One of the challenges we tried to solve was moving away from a management-and-control way of thinking,” Ben says. "Failing to capture strategic guidance and integrate that guidance with downstream tools is how you keep the old ways in place. But Jira Align is shining a light and allows us to share information across teams."

With a more agile, aligned process and platform, Ben says the improvements they’ve made are paving the way for a bright future for Lutron. “The ability to work across all of these teams and see how a solution is going to come together is transformational.”

With Jira Align, this global company is delivering more innovations and better service.

The lean Portfolio Manifesto: a conversation-starter