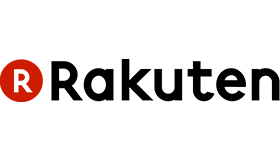 Rakuten, Inc. is Japan’s largest online marketplace, posting revenue of $4.96 billion in 2014. Almost 90% of Japan's Internet population is registered with the site, making it impossible for any vendor to avoid the e-commerce giant.

Challenge
As Rakuten expands its global footprint, with more than 12,000 employees and a growing population of remote workers, the company set a technology goal to standardize its entire development process with one software suite.

At a company of Rakuten’s size, knowledge-sharing and documentation can be challenging. Rakuten’s development teams actively use Confluence to share information about new feature requests, internal developments, and industry news. Confluence also facilitates communication between technical and non-technical teams; Jira Data Center and Confluence are integrated so that developers can easily document project status and share it with other teams.

Rakuten has also shaved off lots of time from its development cycle by linking Jira with Bitbucket, Atlassian’s source code repository.

Benefits
The integration has been priceless. For example, previously developers had to attach URLs to an email in order to inform their teams of commits. After integrating Jira with Bitbucket, commits are now automatically incorporated into a Jira workflow. This brings transparency into changes to source code, Mr. Kajihara says.

We share Atlassian’s philosophy for information disclosure. We now release the status of development to our customers and gather requests in an open manner – it is trustworthy and genuine.— Narichika Kajihara, head of global development tools, Rakuten