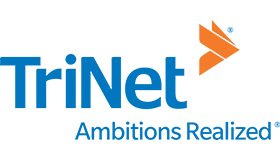 TriNet has a passion for human resources. The organization develops and delivers cloud-based software that helps over 9,000 small and medium-sized businesses deal with the daunting task of managing payroll, employee benefits, employment law compliance, and risk reduction.

Challenge
TriNet adopted an agile development methodology and then switched to Git to further enhance the workflow for its industry-leading technology platform. “Git really helps us deal with the complexity of having many people working in the same code base at the same time – but learning Git can be a challenge," points out Paul Dunham, principal application developer at TriNet. “It is very different compared to traditional source code management."

Solution
The development team was already using a suite of Atlassian tools, including hosted versions of Jira, Confluence, and Bamboo. Adding Bitbucket, Atlassian’s source management system for Git, was an easy choice. “Bitbucket's tight integrations with Jira and enterprise-grade features made it the right choice for us,” says Software Architect Eric Zarko. “With Bitbucket and the Git tutorials available on Atlassian.com, we were able to get up to speed quickly," adds Dunham.

Small agile teams and large corporate companies alike have adopted Bitbucket to manage how they share and collaborate on code behind their firewalls using Git. Bitbucket drastically lowers the barrier to entry for Git adoption and improves the enterprise-level management and control for distributed development.

“When you have a large organization like ours, having things be obvious and easy to use is so critical," says Dunham. "The Bitbucket UI simplifies the complexity of Git without throttling its power."

Benefits
Simplification is a big deal for the TriNet team. While Dunham's favorite Bitbucket feature is the side-by-side diff tool for comparing code, Zarko loves the ability to set permissions at the branch level. It gives TriNet an added layer of security – something that’s crucial to its business. In addition to branch permissions, Zarko relies on the plug-ins and hooks that automate repetitive tasks to take the drudgery out of software development.

Dunham sums up their experience with the Atlassian tools: “Bitbucket takes a lot of uncertainty out of the development process, and it really adds a lot to the quality of the software we’re developing.”

Bitbucket takes a lot of uncertainty out of the development process, and it really adds a lot to the quality of the software we’re developing.— Paul Dunham, principal application developer, TriNet