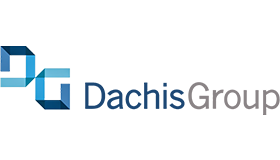 Challenge
"We wanted to do a few things with our development process," says Erik Huddleston, VP of development at Dachis. “First, we wanted to minimize the time it takes to weave in a feature and put it into our customer’s hands. Second, we wanted our developers to concentrate on developing – not on overhead like logging reports, filling out forms, copying and pasting code, basically anything that’s not coding."

Solution
In an industry where speed is king, the Dachis Group adopted Atlassian products to trim every ounce of fat from its software development cycle. Dachis uses Jira Software, Confluence, Fisheye, and Bitbucket to deploy an incredibly lean, agile software development process, commonly known to project managers as Kanban. In a nutshell, the company uses Crucible to review source code associated with each Jira issue, which then gets stored in Bitbucket and managed with Fisheye. When all of the Jira issues in a build meet the right quality criteria, it gets deployed.

Capture for Jira, a Marketplace Add-on, is used by employees to quickly take a screenshot of a bug on a page, then instantly create a Jira ticket; 90% of the time, if a bug report is descriptive enough, developers are able to remediate bugs from a Jira ticket alone. Overall, Capture for Jira has improved the company's bug turnaround time by two days.

Benefits
Dachis has reduced its software turnaround time from 17 days to just 5. “Atlassian products gave us the visibility we needed to prevent veiled chaos,” concludes Huddleson.

One of the best things about Atlassian products is flexibility. They work the way we want to work, not the way the products want us to work.— Erik Huddleston, VP of development, Dachis