Ever felt that your issue tracker only does half the job?

So did we. Modern development environments have code generation and code completion – they literally write code for your developers. Why can't your issue tracker do the same for your issues? Ours can.

It's time for the issue tracker to evolve.

JIRA Solver. You had issues. 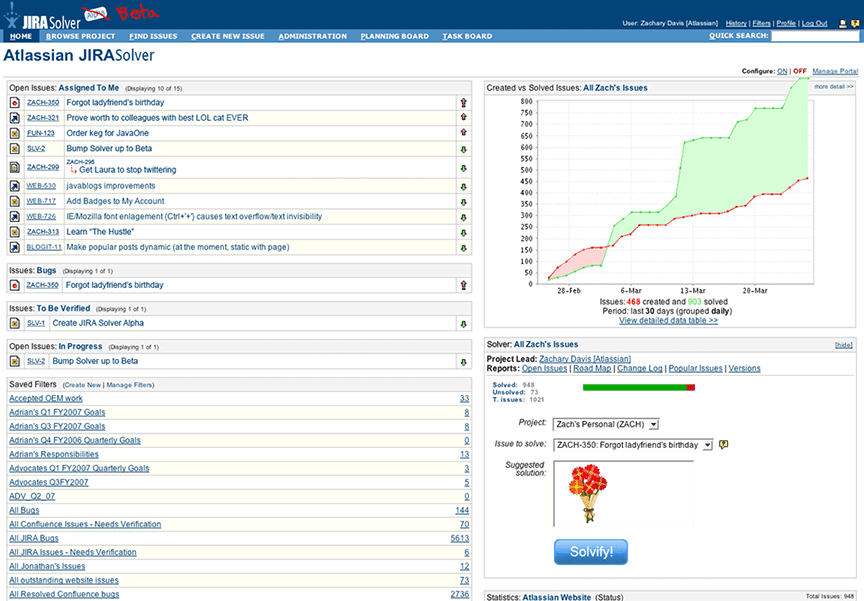 Develop it and be sure to submit it to our annual Codegeist competition before it's over! You might just win $5K (for real).