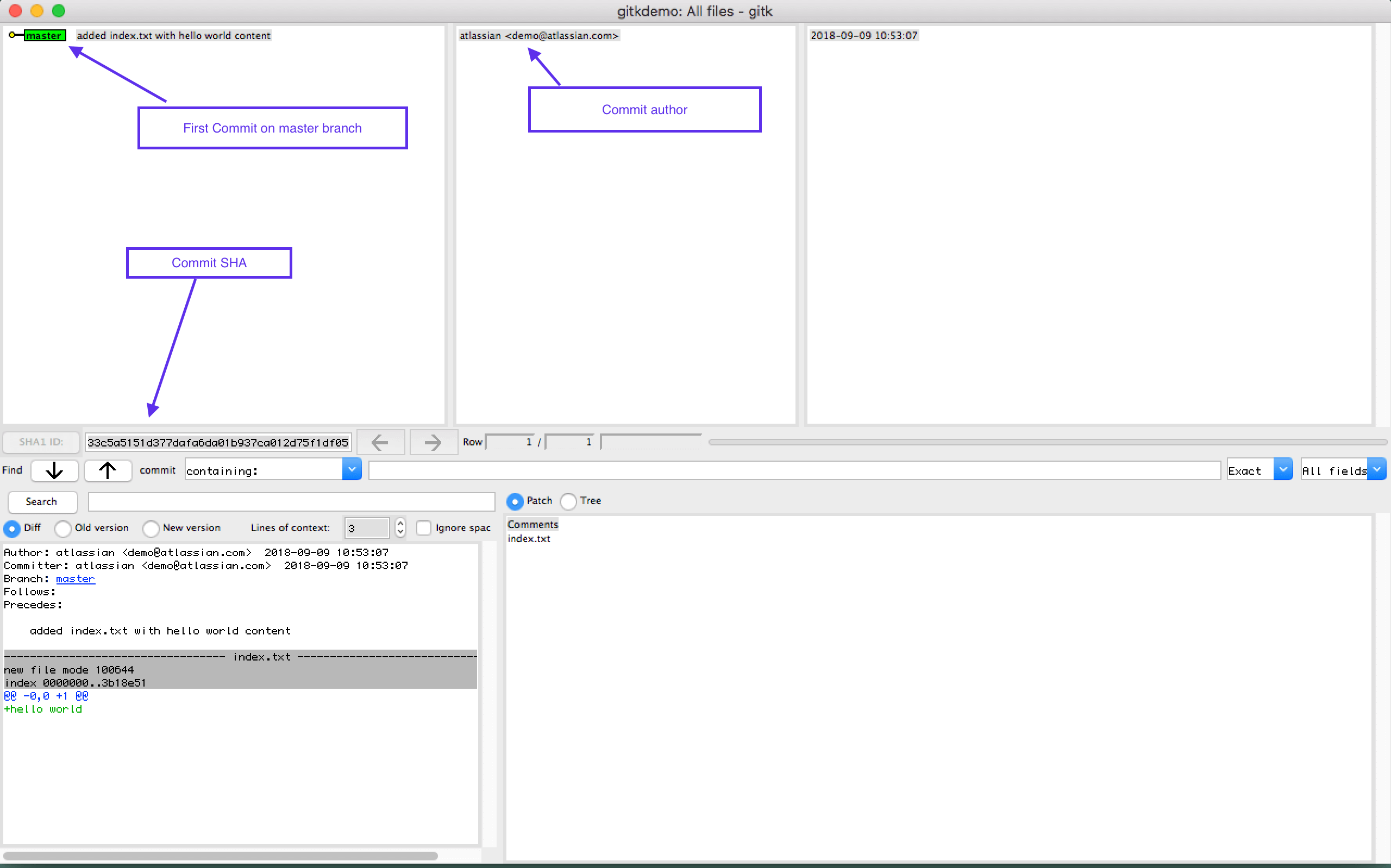 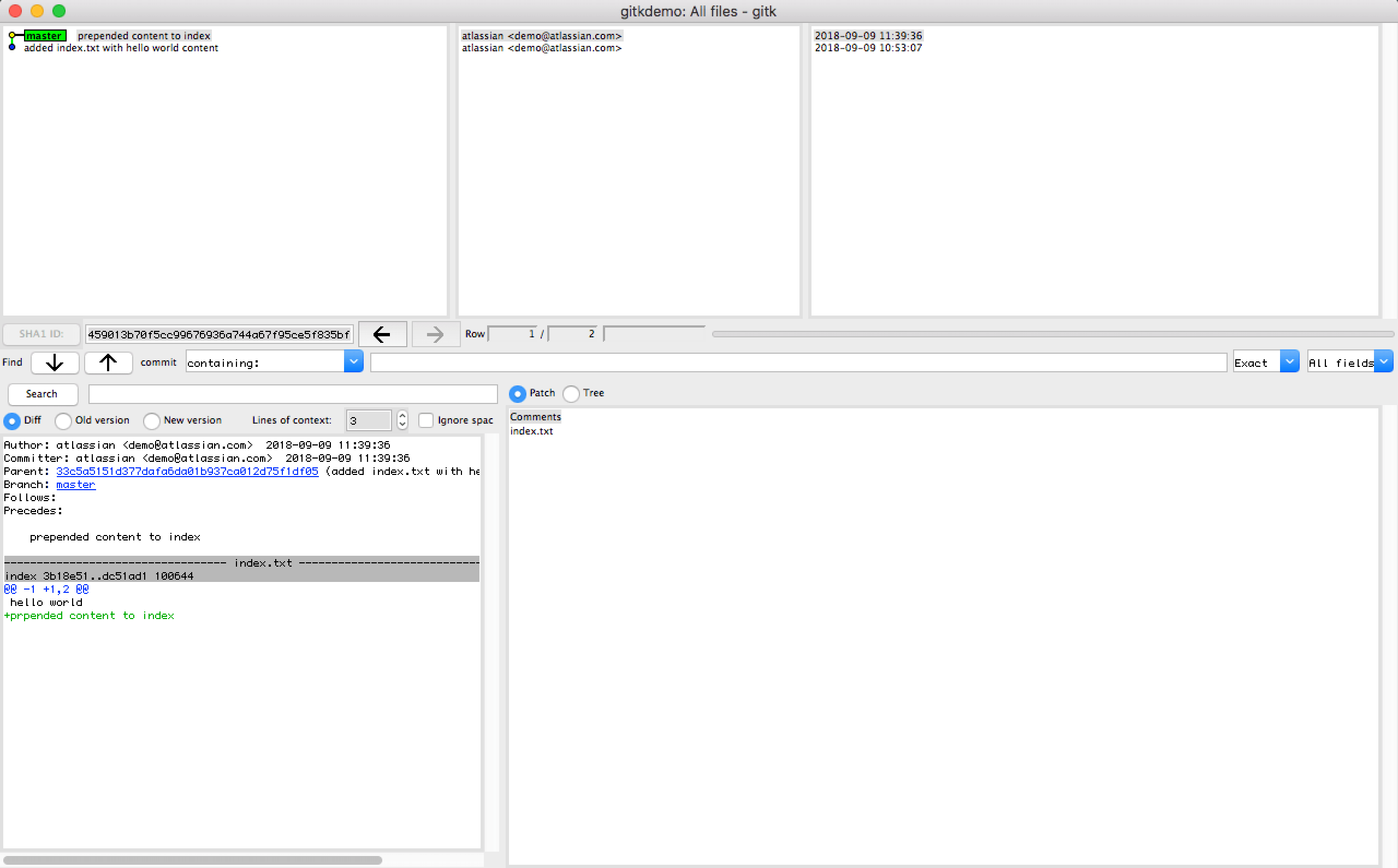 We can see that the master branch ref is now pointed at the new commit. To compare these two commits we use the upper left history panel. Within the history panel click on a commit that will be the base of the diff. Once selected, right click on a second commit to open up a context menu. 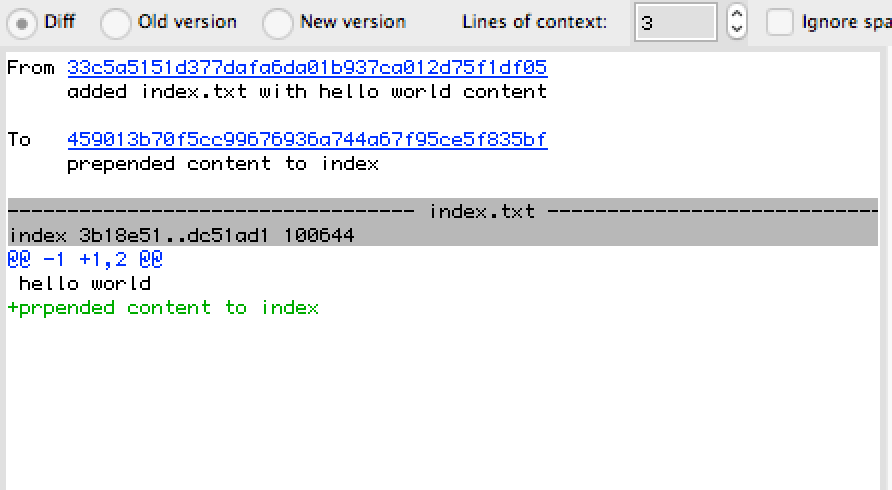 The proceeding command sequence will create a new branch named new_branch and add file new_branch_file.txt to it. Additionally, new content is added to index.txt and an additional commit is made for that update. We now have a new branch that is 2 commits ahead of master. We must reload Gitk to reflect these changes. 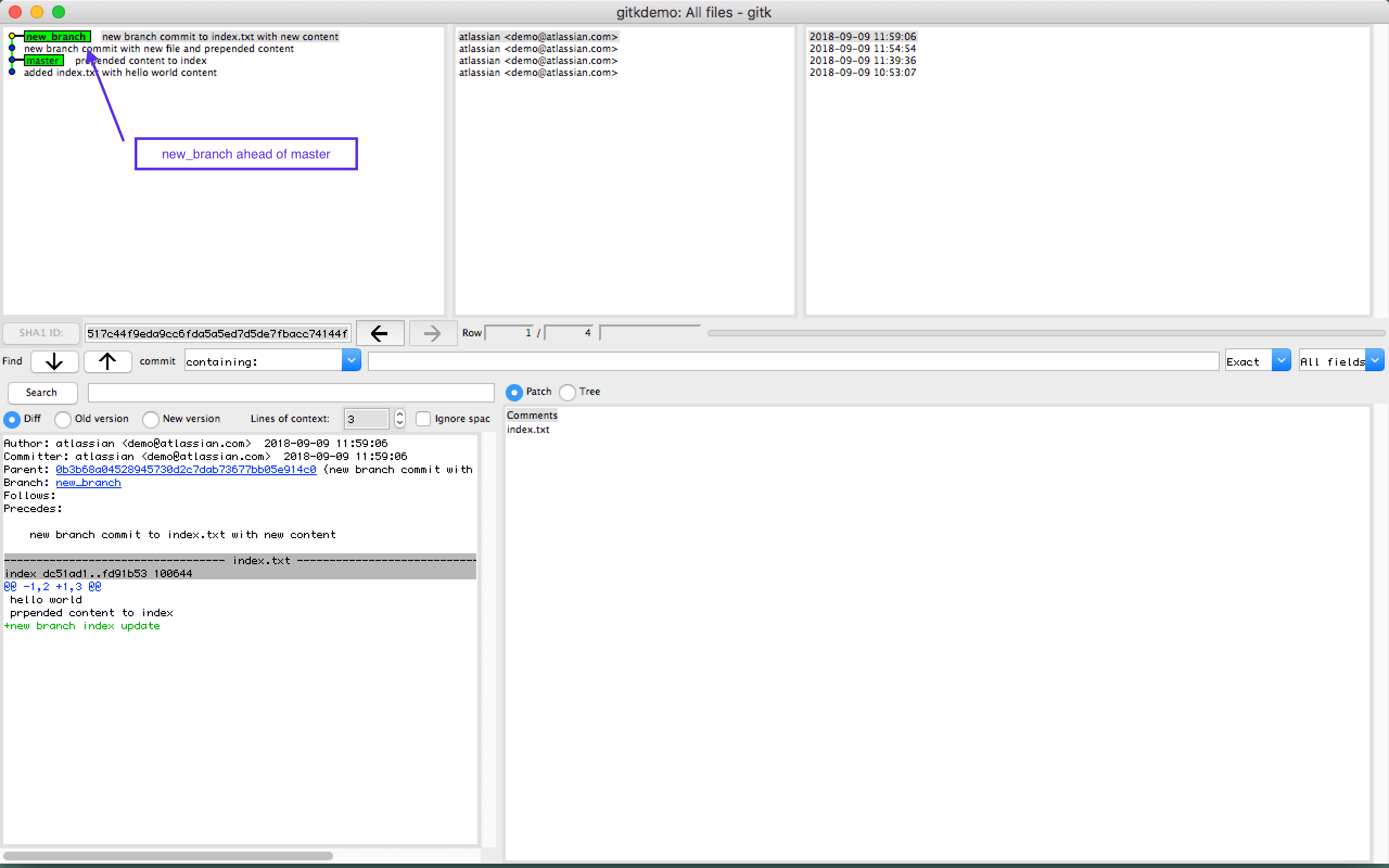 In order to compare the commits that differ between the 2 branches Gitk needs to be launched with a specified revision range. Executing gitk master..new_branch will open Gitk with only the commits between the two branch refs 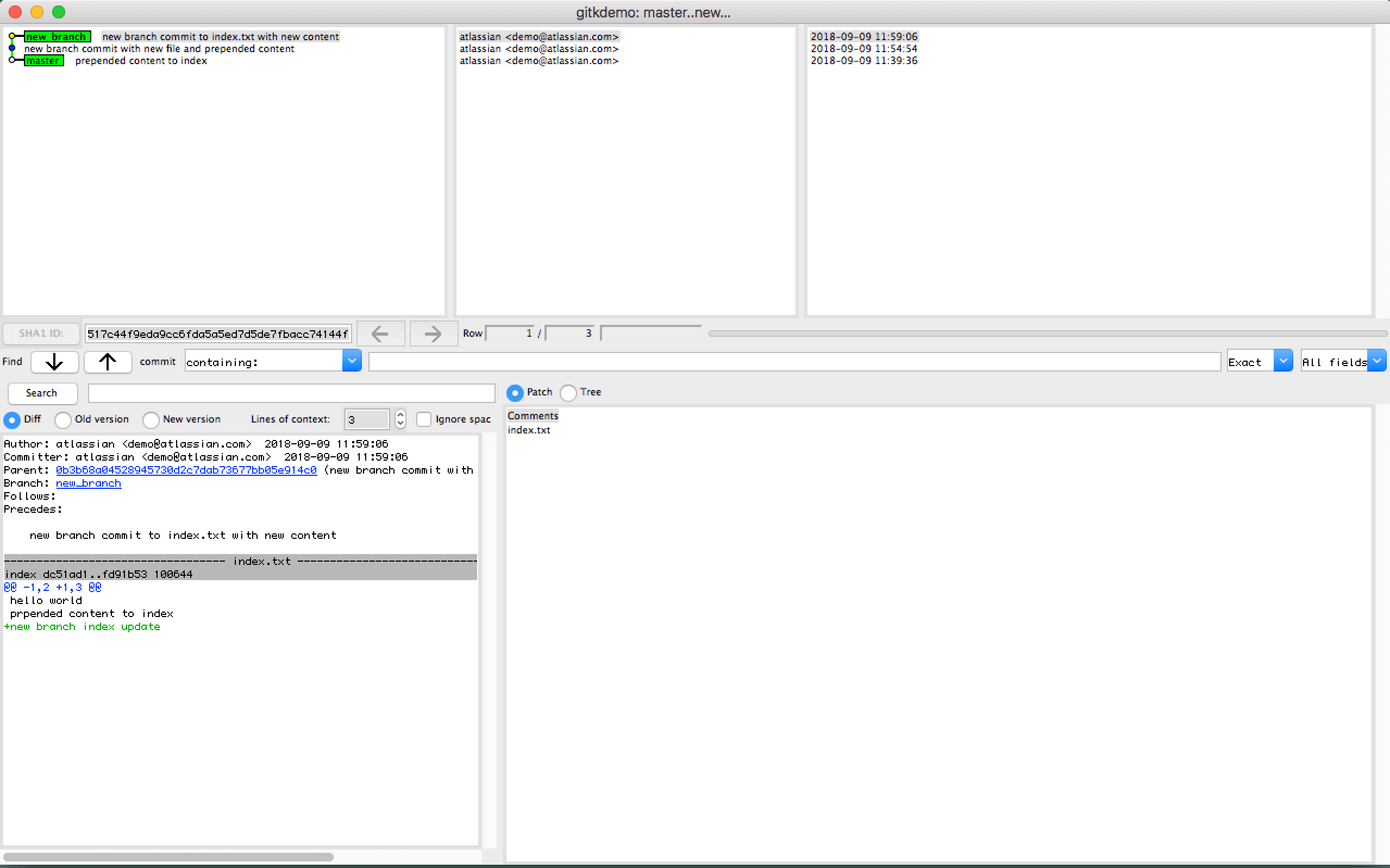