Continuous delivery (CD) is the practice of using automation to release software in short iterations.

Continuous integration is the practice of routinely integrating code changes into the main branch of a repository, and testing the changes early and often.

In continuous deployment, production release is automatic for changes that pass the test suite.

The guiding principle of microservices is to build applications by splitting business components into services that can be deployed and operated independently.

Some organizations release products manually by handing it off from one team to the next. See the diagram below. Typically, developers are at the left end of this spectrum and operations personnel are at the receiving end. There is delay at every hand-off that leads to frustrated teams and dissatisfied customers. The product eventually goes live through a tedious and error-prone process that delays revenue generation. 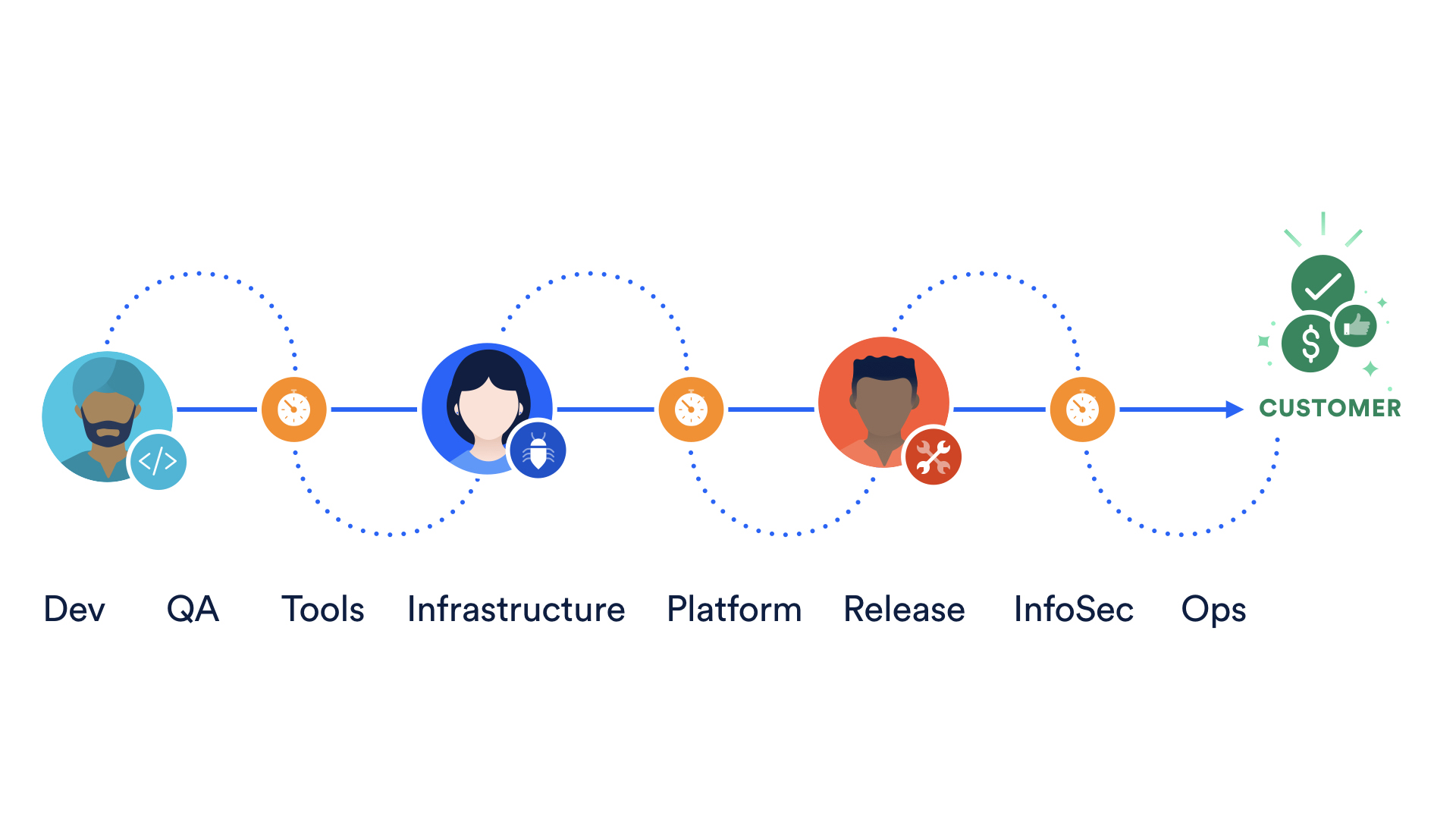 Now check out the continuous delivery pipeline below. It illustrates how developers write code on their laptops, and commit those changes to a source code repository, like Bitbucket. By code, we mean the system under test, the tests, and infrastructure that will be used to deploy and maintain the system. Bitbucket Pipelines can ship the product from test to staging to production, and help customers get their hands on those shiny new features.

Thereon, the pipeline could be taught to assemble a system from loosely coupled subsystems in cases where the entire system should be released as a whole. This is the system phase. We recommend against this composition where subsystems are assembled into a system. See an illustration of this in Figure 3. 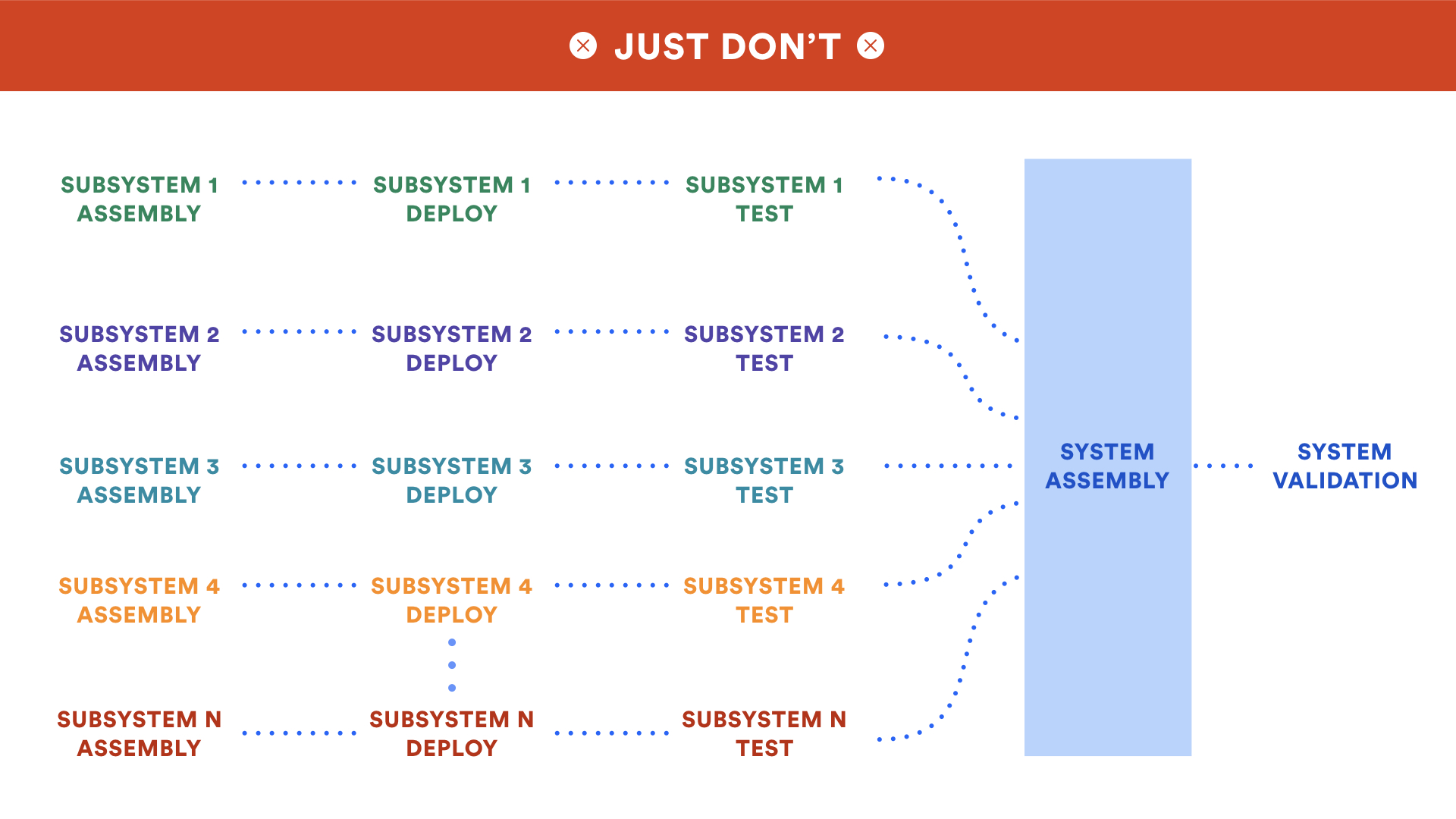 Figure 3: Subsystems having to be assembled into a system

Once validated, the assembled system is then promoted to production without any further modification, in the final phase, called production phase.

Speed without quality is useless to our customers. Continuous testing is a technique where automated tests are integrated with the software delivery pipeline, and validate every change that flows through it. Tests execute in each phase of the pipeline to validate artifacts produced in that phase. Unit tests and static code analysis validate components in the component phase of the pipeline. Functional, performance and security tests validate subsystems in the subsystem phase. Integration, performance, and security tests validate systems in the system phase. Finally, smoke tests validate the product in the production phase.

A monolithic product architecture, or a Big Ball of Mud, can result in a Big Ball of Tests. We recommend investing into microservices such that independently deployable artifacts can flow through pipelines without needing a highly integrated environment for certification. Also, independently deployable artifacts enable faster teams to not get bogged down by slower teams.

The software delivery pipeline is a product in its own right, and is a priority for business, otherwise we should not send our revenue-generating products through it.

A spike in productivity results when tedious tasks, like submitting a change request for every change that goes to Production, can be performed by pipelines instead of humans. This lets scrum teams focus on products that wow the world, instead of draining their energy on logistics. And that can make team members happier, more engaged in their work, and want to stay on the team longer.

Sustainability is key for all businesses, not just tech. “Software is eating the world” is no longer true — software has already consumed the world! Every company at the end of the day, whether in healthcare, finance, retail, or some other domain, uses technology to differentiate, and to outmaneuver their competition. Automation helps reduce/eliminate manual tasks that are error-prone and repetitive, thus positioning the business to innovate better and faster to meet their customers' needs.

When and who should do CD?

When is a good time to adopt continuous delivery? It was yesterday.

Continuous delivery is the right thing to do, and occasionally require champions to jumpstart the transformation. Eventually, when designed right, continuous delivery pipelines pay for themselves and organizations, on hindsight, are glad they decided to bite the bullet.

Some organizations put inexperienced people to design and implement continuous delivery pipelines, and learnt the hard way that there were deep intricacies involved. Appointing junior members sends the wrong signal to teams, and implies that continuous delivery has a low priority. We strongly recommend putting a senior architect in charge, who has a deep appreciation for technology and business.

Irrespective of where we are in our journey of continuous everything (integration | testing | delivery | deployment | analytics), it is neither a checklist nor a destination, and continuous improvement is at the heart of it.

Sooner or later, everyone in the organization gets a call when continuous delivery pipelines are being constructed. Executives, Engineering, Product Management, Governance, Risk, Compliance, InfoSec, Operations, Legal and whatever you have. Pipelines gnaw through silos and break down walls. All of us are part of this transformation, one way or the other, and continuous everyone is the new normal!

Read this article
Up Next
Principles