Atlassian offers employees five days per year to work at charities of their choosing. We call them Foundation Days.

Having lived in the SF Bay Area most of my life, it’s hard to believe I never visited Lands End, located at the western-most end of town, just beyond the suburban enclave of the Outer Richmond district. Now that I’ve been there, I’m mentally adding to my list of things to tell out of towners to do. If you’ve been to SF, you’ve probably heard the locals tell you to visit Coit Tower, North Beach, Union Square and various other urban landmarks, but next time you’re here, go rural to walk along a spectacular stretch of land overlooking the ocean and San Francisco Bay. You won’t be disappointed. 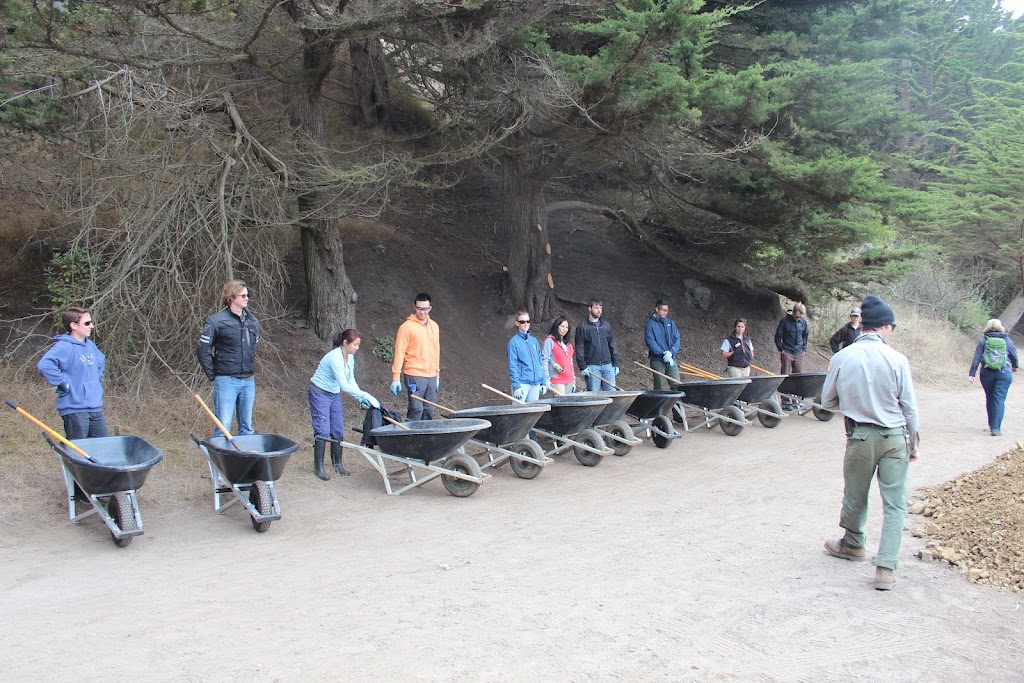 It was at Lands End that seventeen of our staff spent half a day of trail building and trail maintenance as part of an Atlassian Foundation volunteer opportunity. This was our third volunteer effort that we did with the Golden Gate National Parks Conservancy. The GGNPC looks after over 80,000 acres of federal parkland around northern California, and volunteering through them allows us locals to help with the magnificent parks, beaches, and trails that add to the area’s natural beauty. The first outing was at Ocean Beach where we collected many bags of trash along the coast. The second entailed ripping out non-native plants and weeds at the Presidio. Trail building was the most physically demanding volunteer job we’ve done yet — this one felt like real work, but it also felt the most gratifying.

Sixteen Atlassians from SF, and one from Sydney, met up with eight staff and interns from GGNPC. Four of us walked along the main trail at Lands End to cut back brush and long branches extruding onto the trail using pole saws and clippers. The others grabbed wheel barrows, shovels and rakes and moved huge heaps of dirt and gravel onto trails, raking it over and smoothing it out. Over the next several months, the dirt will settle into solid, walkable trails that will benefit the scores of hikers, bicyclists and joggers that walk the trails daily. 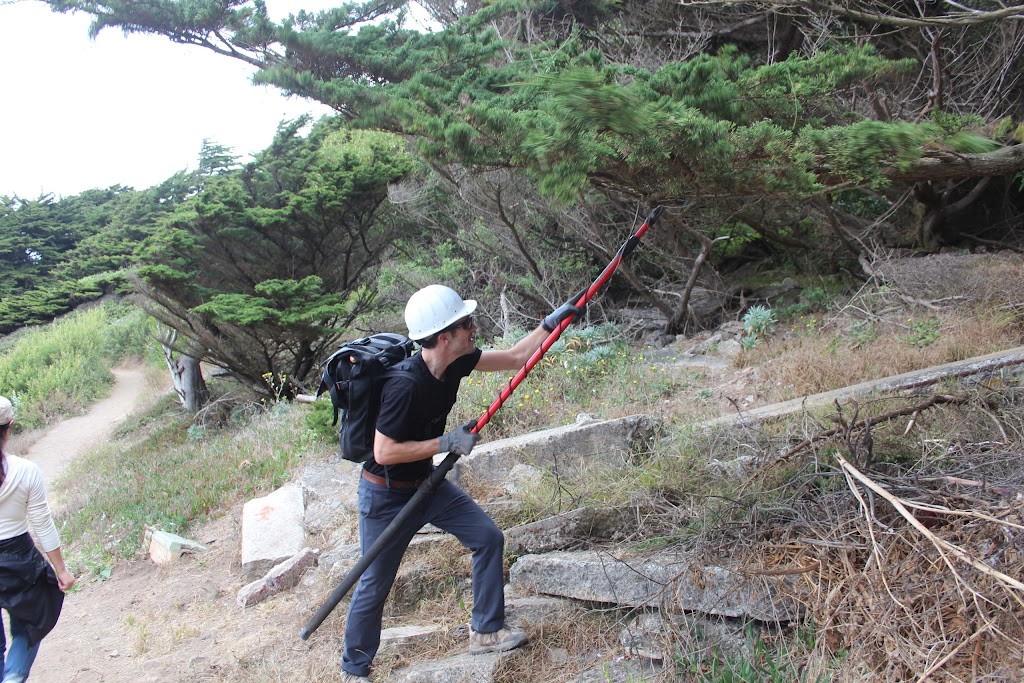 There was a big, gray fog bank further out along the ocean, pushing cool winds towards the coast, and the Golden Gate bridge was half shrouded in fog, but after a few minutes of work, we all warmed up and started shedding our layers. There were times you just had to stop working and look at the water and the rocks of the bay. We couldn’t have asked for a better backdrop for a Foundation Day. 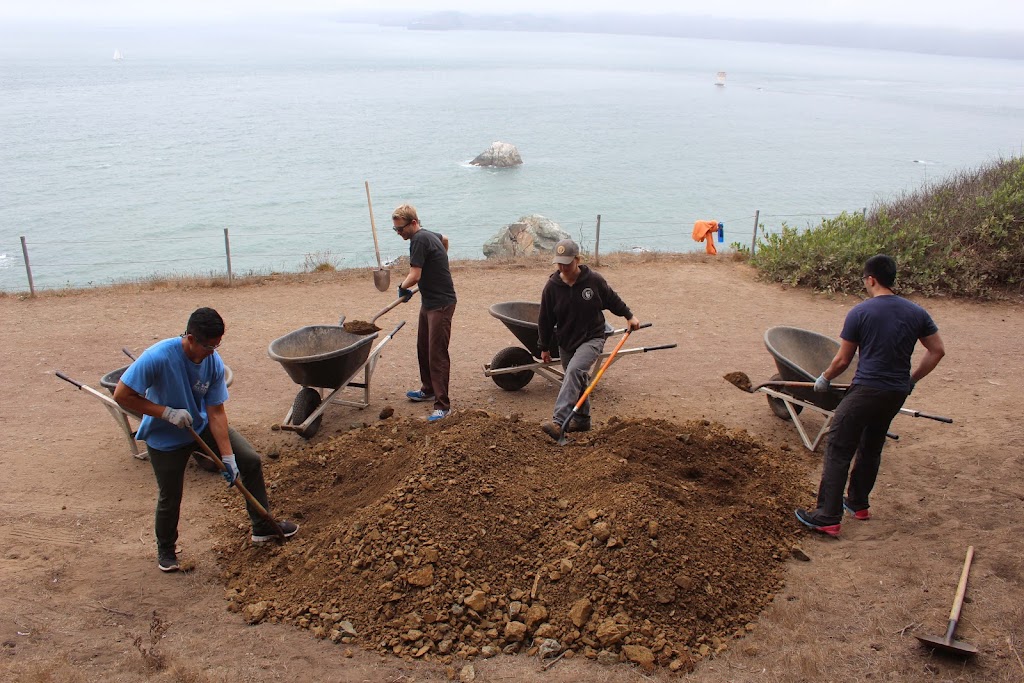 Ready to take on some volunteer work with Atlassian? Check out our job postings!