After 7 fantastic years with IBM, I thought it might be time for a little change. So, I have left Chandler’s Ford for Sydney and joined Atlassian. 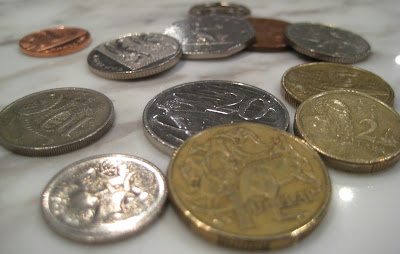 I assumed that spending 22 hours on the Heathrow/Singapore/Sydney flight would be overwhelmingly boring, but it turned out OK. I didn’t get to ride an A380 – they were temporarily pulled just before my ticket was booked – but the replacement A747-400 was surprisingly comfy. Using SeatGuru helped, as did Qantas’s in-flight entertainment. 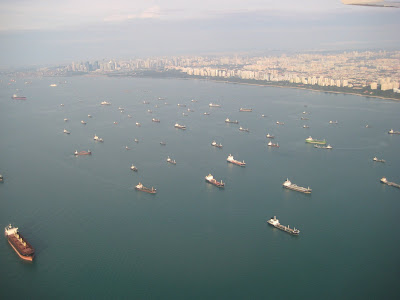 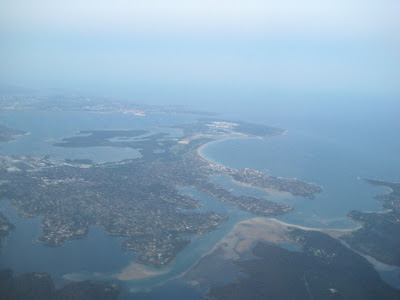 Passport control and customs at Sydney airport were among the most efficient I have ever been through. I thought I might be in for a long wait and intense questioning, given my long-stay visa and such ill-boding items in my suitcase as shoes (mud is a genuine contamination risk to the Australian ecosystem) and a few hard drives (customs officials sometimes search them for illegal material). In fact, my bags were scanned in minutes and I was out of the airport within half an hour of landing.

Thanks to the Atlassian folks, a taxi and a welcome basket were waiting for me on arrival. The basket includes a city guidebook, a Jira t-shirt (because they know I have issues – the interview process was thorough) and vouchers for the Sydney Bridge Climb, which is going to be mind-blowing. I’m hesitating between the Discovery Climb and the Bridge Climb. I have 2 tickets, so give me a shout if you want to come. 🙂 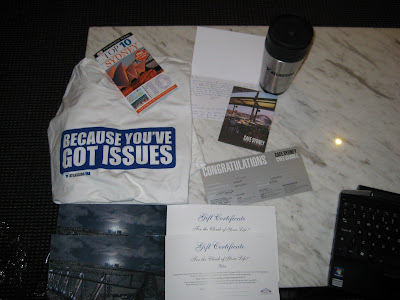 Contents of the welcome basket

As well as the taxi and welcome basket, Atlassian provide 4 weeks of accommodation, so I’ll be looking to move into my own place just before xmas. It seems there’s no shortage of flat-shares out there, so I’m confident I’ll find somewhere awesome within plenty of time. For the time being though, I’m in a superb apartment on the 55th floor of a sky scraper in the middle of the City. It’s lavish, to say the least. 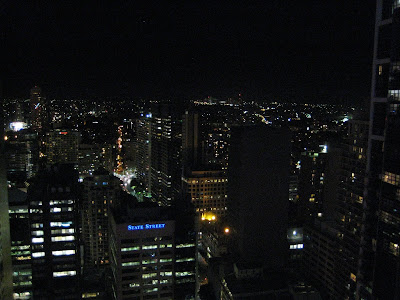 View from the apartment

Surprisingly, jet lag hasn’t been a major problem despite the +11h time difference: I just get a bit tired in the early afternoon (middle of the night UK time). I didn’t eat for about 24h after landing, which might have helped.

I’ve had 3 days in Sydney now, which has just about given me time to:

My impression so far is that Sydney easily lives up to its reputation: it is a disarmingly beautiful city, which combines a laid back atmosphere with a sense of bustling efficiency.

I’m very excited about starting work. I’ll be on the Jira Studio development team. Jira Studio integrates many of Atlassian’s products (Jira for issue tracking, Confluence for wiki documentation, Bamboo for CI, Crucible for code reviews, Fisheye for repository inspection…), as well as various Google apps, into a SaaS offering. The resulting product is a hosted, end-to-end solution for software development and project management.

So the city I’m living in, the company I’m working with and project I’m working on are all vastly different from anything I’ve experienced before. I predict that for a while, I’ll be on a learning curve no matter which direction I face. I can’t wait to start climbing. 🙂