You've made it to a new decade of work and life. Buckle up because it'll be like no other that's come before it. Things have changed so much in just a few decades, influencing how we approach our work in ways you can only see when you stop and take a look back. What has changed, what hasn't, and what does the future of work hold? 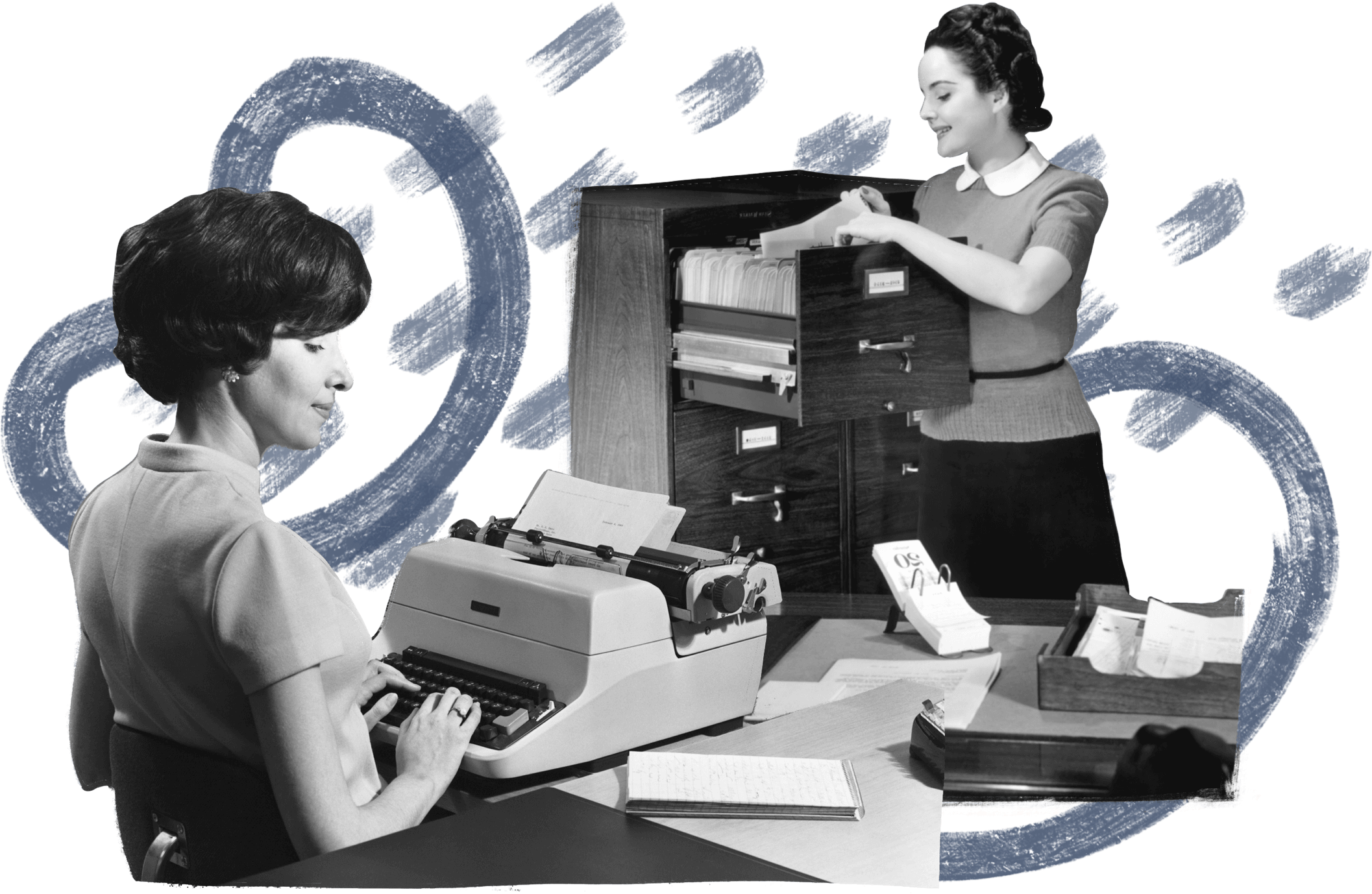 Office layouts were inspired by the factory floor with rows and rows of desks crammed tightly together. Meanwhile, executives enjoyed private corner offices with big windows for making sure everyone was hard at work. 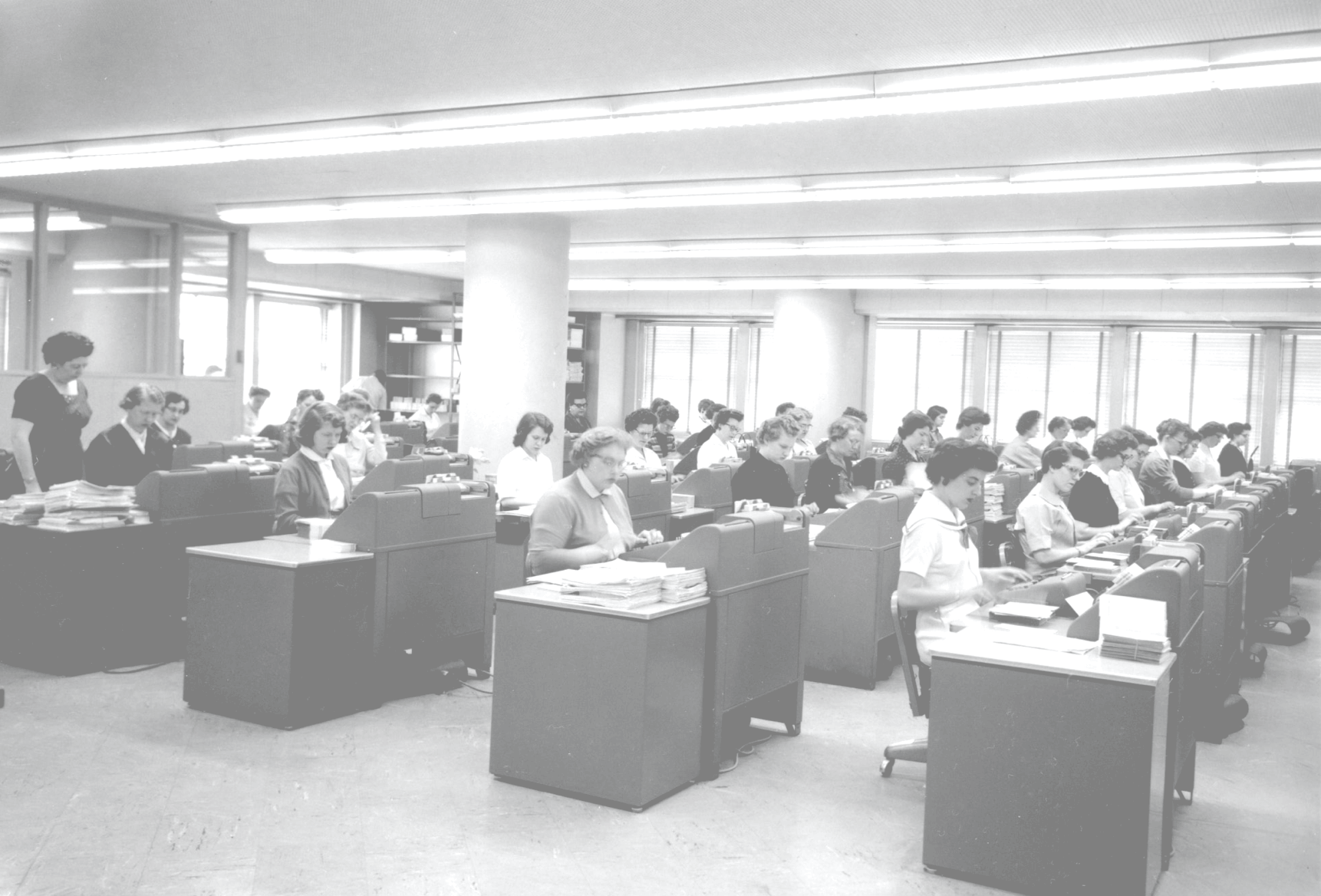 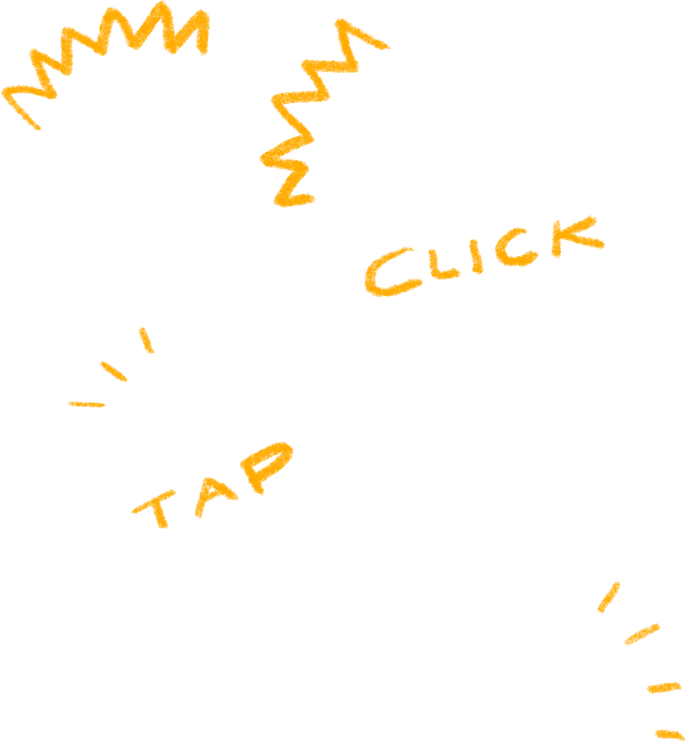 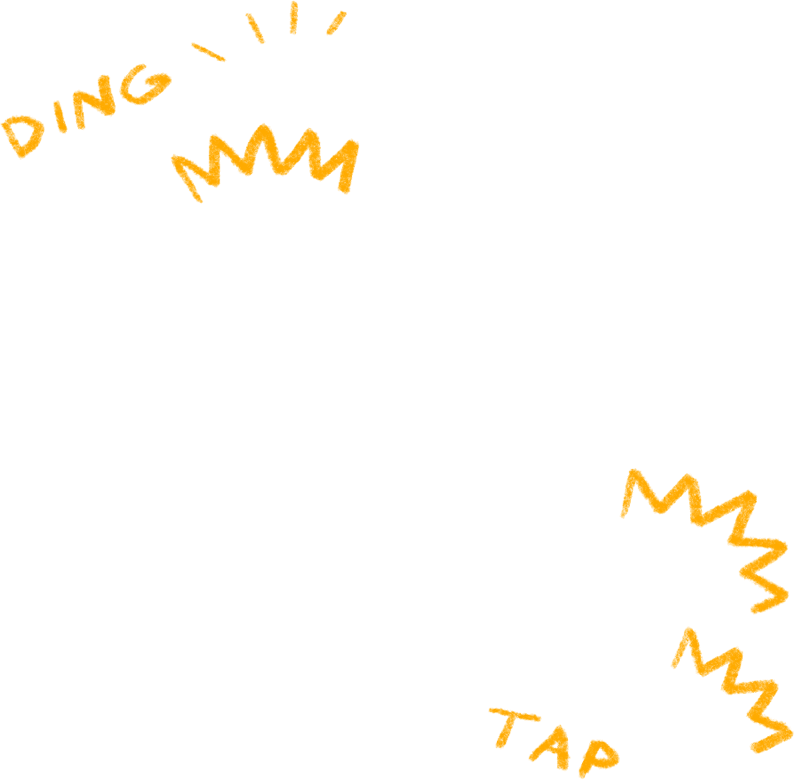 Manual typewriters and adding machines were some of the first pieces of technology to hit the workplace, although they had the unfortunate downside of making offices a noisy place to work.

When cars were king

The auto industry was the biggest employer of the 1950s. General Motors was the richest company in the U.S. with $9.8 billion in revenue and more than half a million employees by 1955.

Other market leaders revolved around the auto industry:

Work less, get paid more. Aldous Huxley, author of Brave New World, argued that by the year 2000 technology and automation would make workers richer and more productive. Since then we’ve seen productivity boom, but the average worker's salary has yet to catch up. 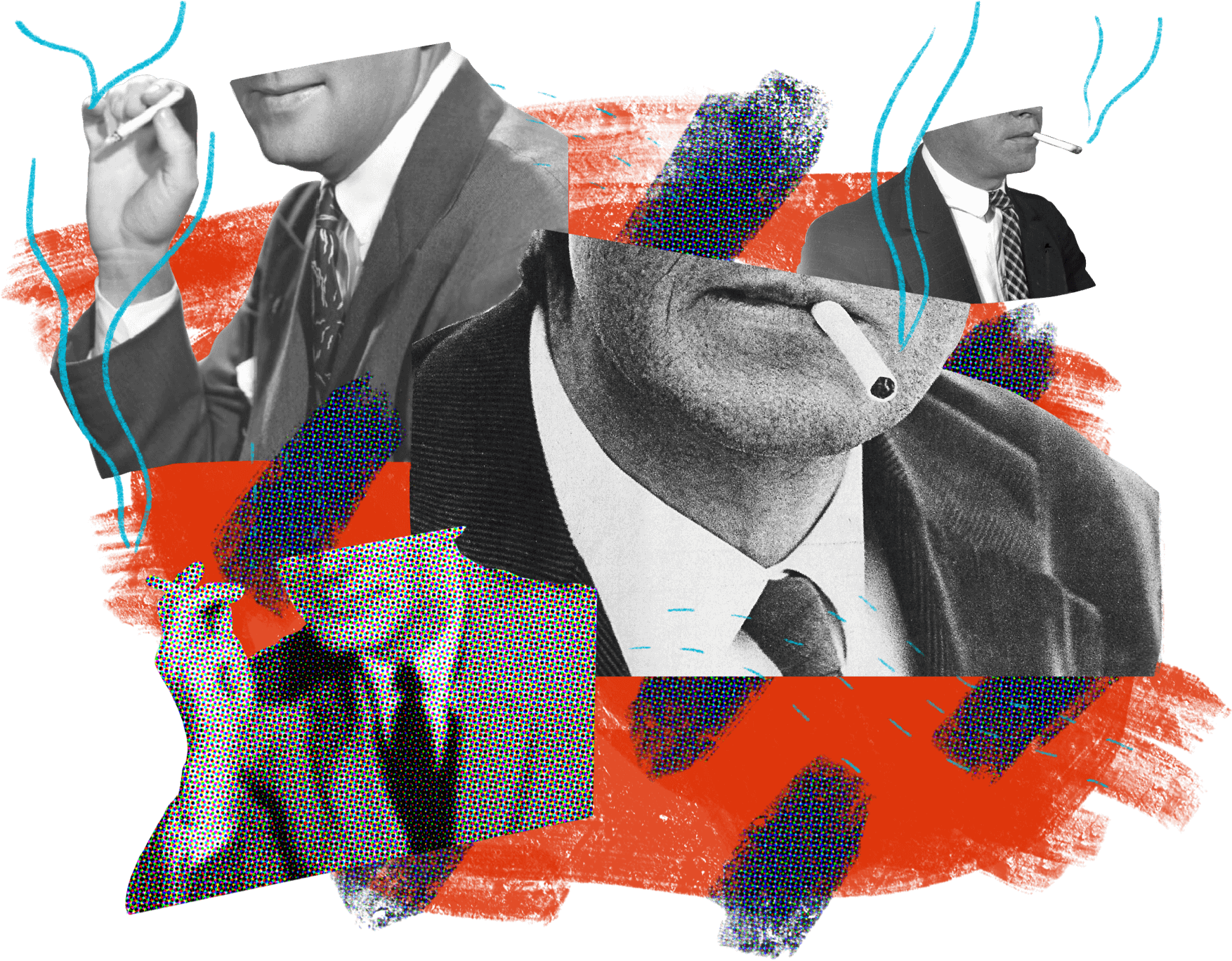 What you might have seen on the hit show Mad Men isn’t too far off from what office life was like in the 1960s. Drinking and smoking were common in the office, and the “three-martini lunch” was born.

Former art professor Robert Propst began working with office furniture maker Herman Miller on reinventing office furniture. “Today’s office is a wasteland,” he reported. “It saps vitality, blocks talent, frustrates accomplishment. It is the daily scene of unfulfilled intentions and faired effort.” In 1968, Propst and Herman Miller introduced the Action Office 2, a single, easy-to-assemble unit with vertical partitions to minimize distraction. You probably know it as the cubicle. 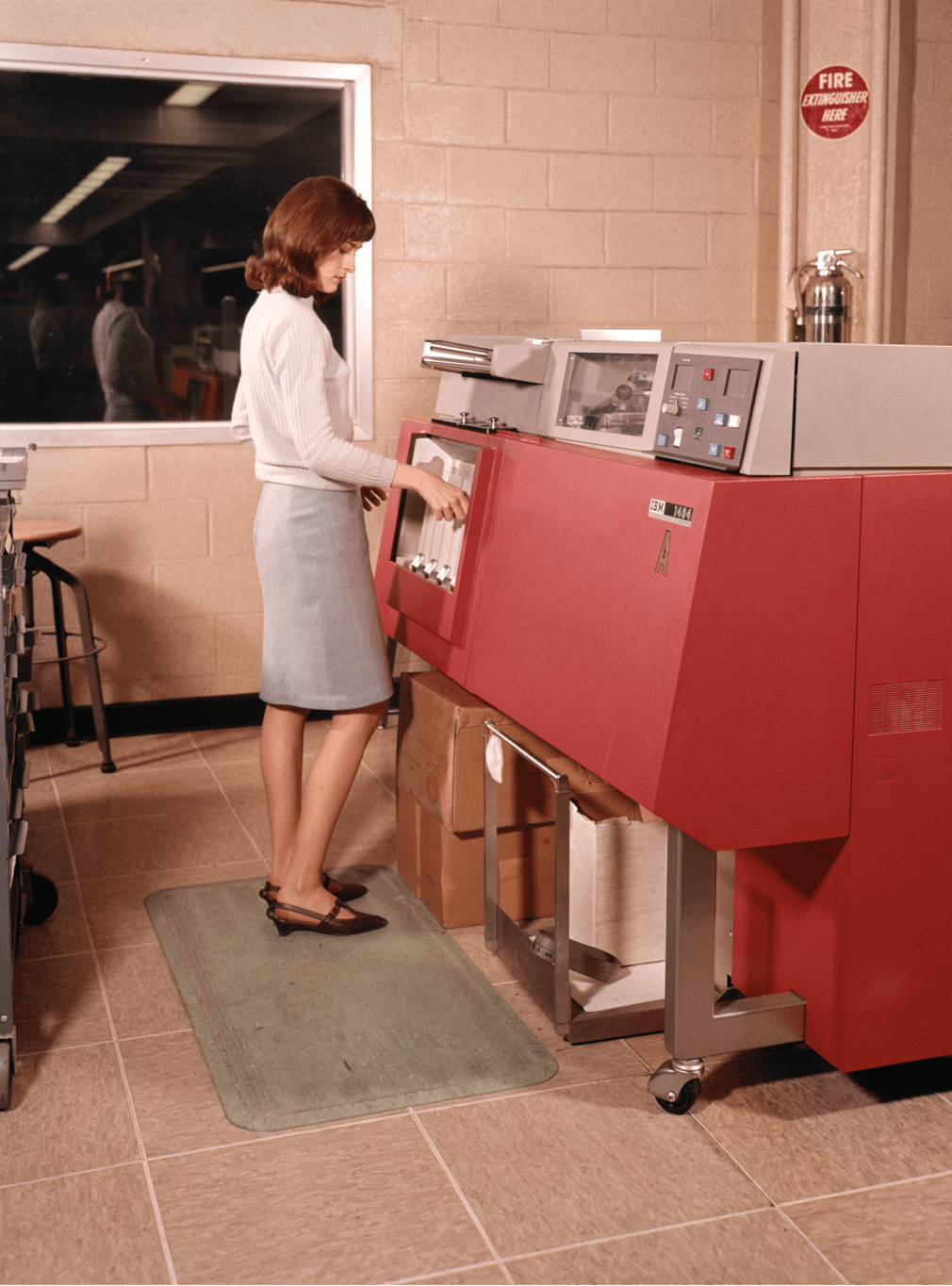 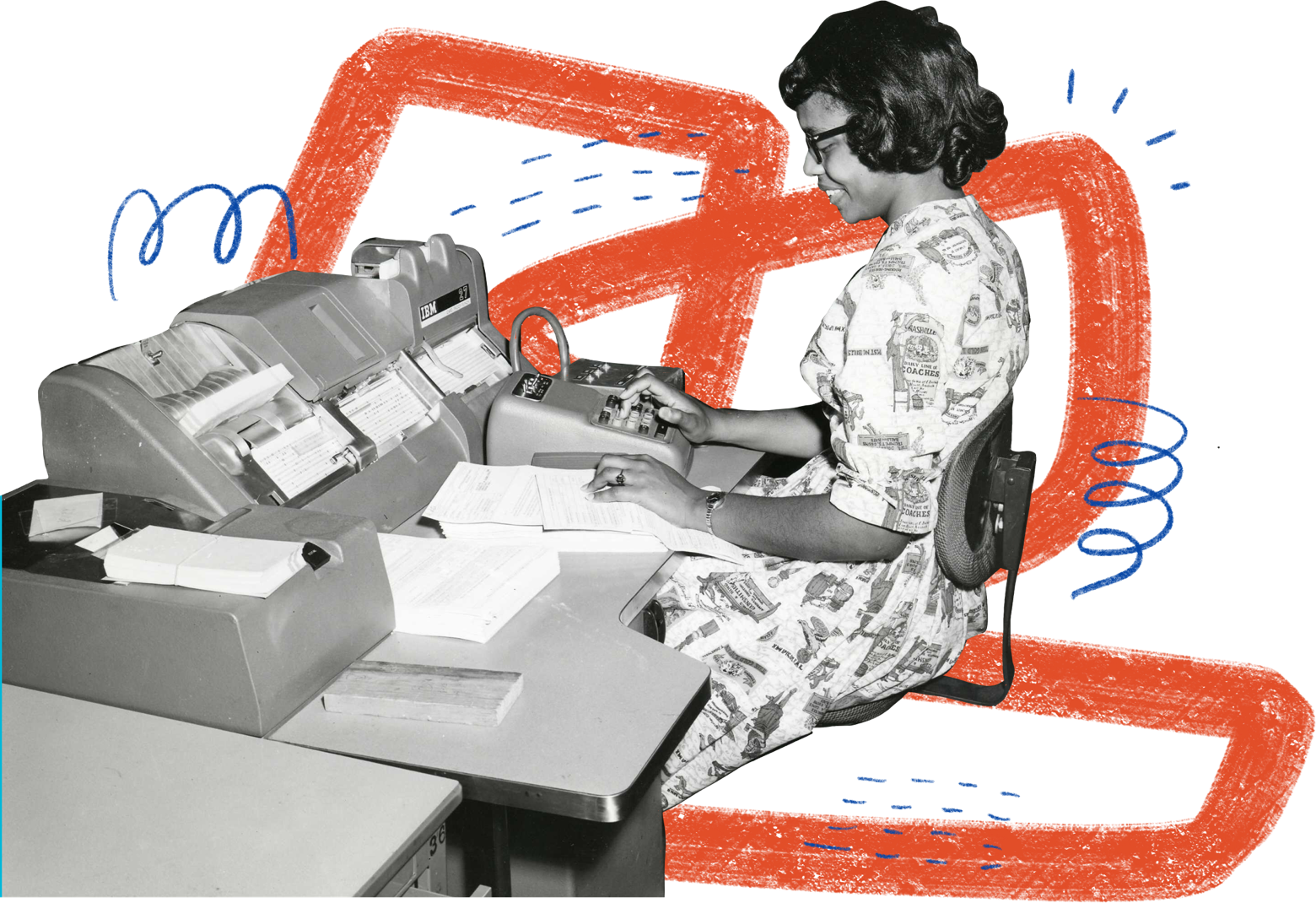 International Business Machines (IBM) came onto the scene as the go-to provider of workplace technology. It released an electric typewriter that improved typists’ speed and productivity, and introduced a computer system for business customers. Within two years, IBM was fulfilling 1,000 orders per month.

Rise of the machines

Automakers, oil, and gas still dominated the top 10 U.S. companies list, but IBM was close on their heels.

In a 1964 interview with the BBC, science fiction writer Arthur C. Clarke nailed almost all of his predictions for the year 2014. He predicted the use of wireless communications, making us “in instant contact with each other, wherever we may be,” as well as robotic surgery, only missing his prediction that workers would no longer commute to their offices and travel “only for pleasure”. 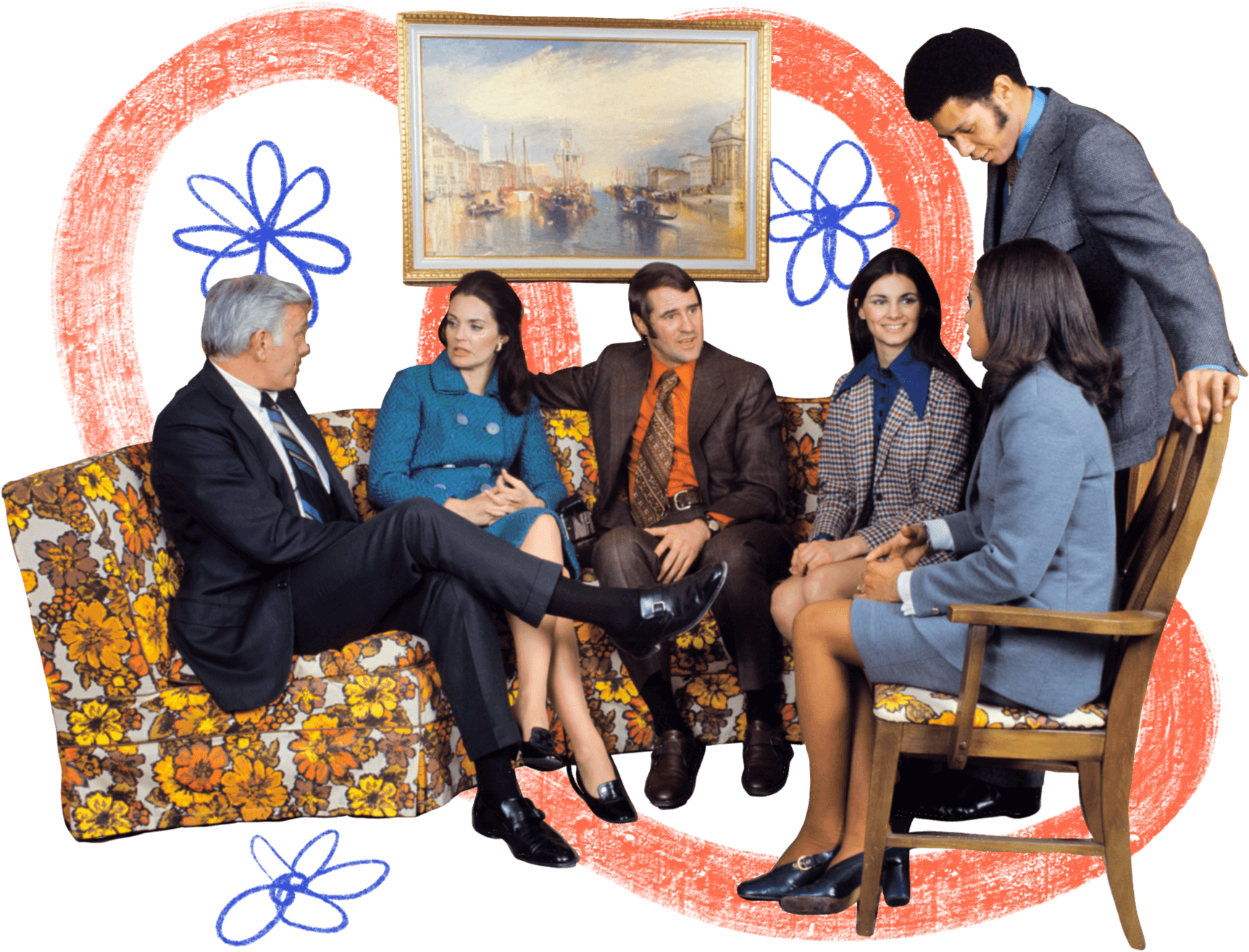 The revolutionary 1960s changed many Americans’ attitudes for the following decade. They started looking away from government and toward the private sector for solutions to economic problems.

Personal liberation and rebellion became the hallmark of the 1970s: long hair, outrageous clothing, and strong individualism. Businesses still had dress codes, but they enforced them in different degrees.

“Little by little, often-ignored infractions eroded the sanctity of any top-down policy: hose-free legs when the weather permitted, a tweed blazer for a day with no client meetings, loafers instead of dress shoes.” - Dierdre Clemente, The Atlantic.

In 1975, the U.S. economy went bust, creating job insecurity for the first time in decades.

Awareness of sexual harassment in the workplace came on to the scene when the term was first coined in 1974.

The rise of the conglomerate

ITT Industries began as a telecommunications company, but later bought big brands like Sheraton Hotels, Wonder Bread, and Avis Rent-a-Car. By the end of the 1970s, ITT was a $15 billion company and the 11th largest company in America.

A computer could edit documents, draw bar charts, toggle between software programs, and pull up documents and drawings from stored memory.

from a 1970s Xerox conference on the future of work 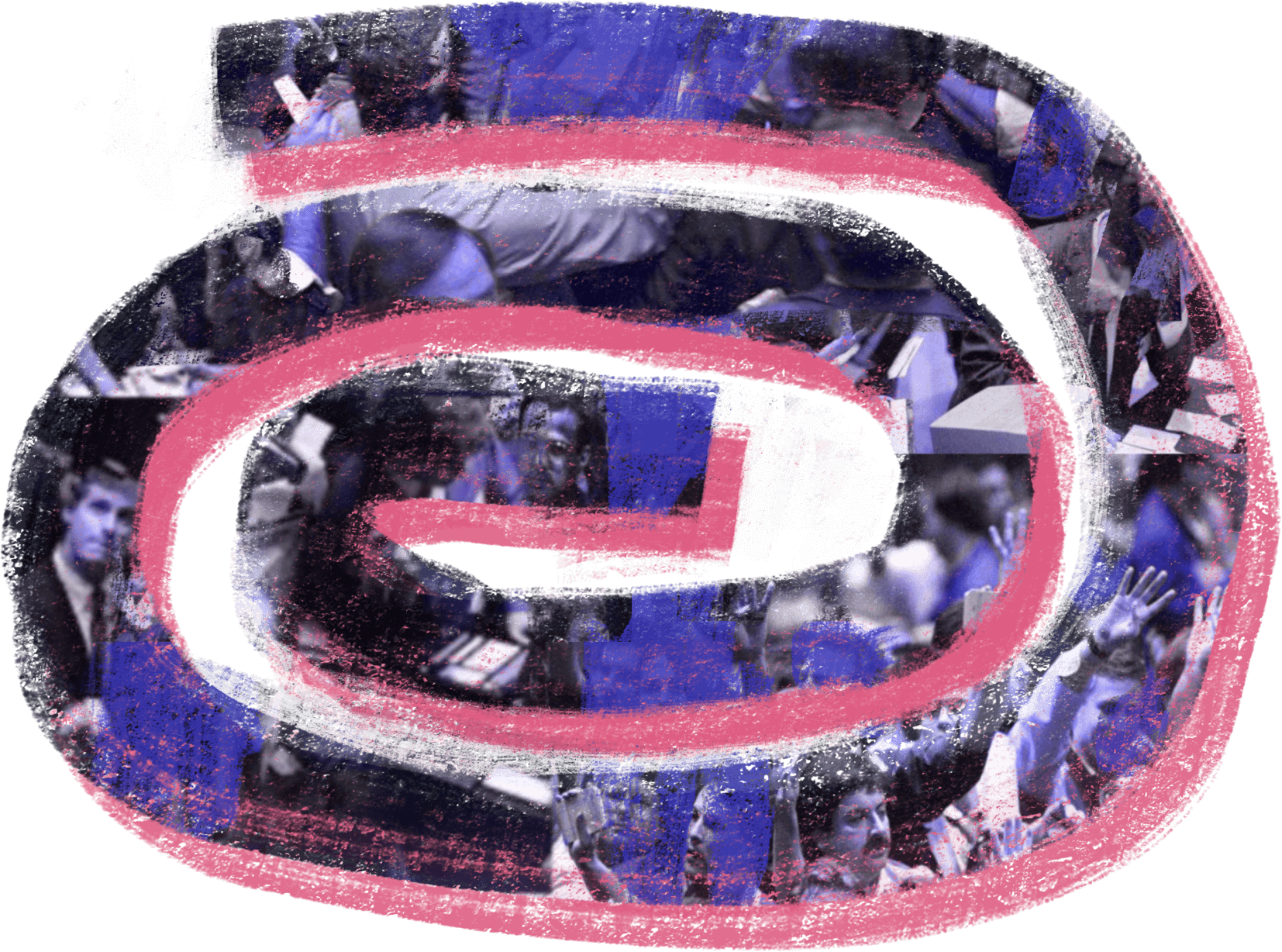 The 1980s began with two recessions in three years, survived a one-day stock market crash (Black Monday - a 22.6% drop in a single day), yet still finished the decade with 19 million more jobs. 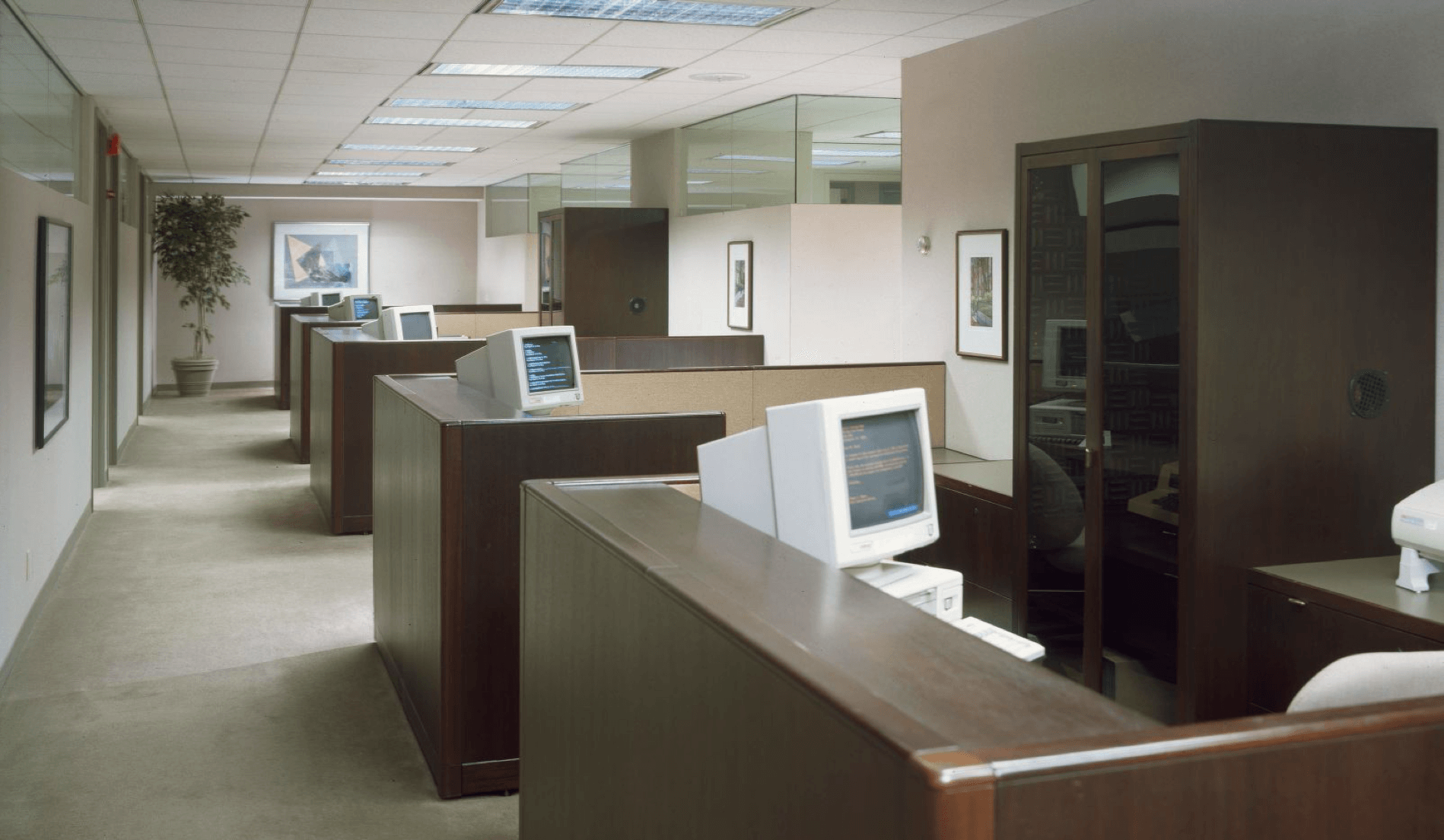 People began to talk about and lobby for work-life balance, and wellness programs became a part of office life. Corporate culture was a priority. It was essential that businesses had a culture, defined it, and that every employee knew about it.

Technology was starting to become essential to work, with personal computers showing up on nearly every desk.

The first dotcom address was registered 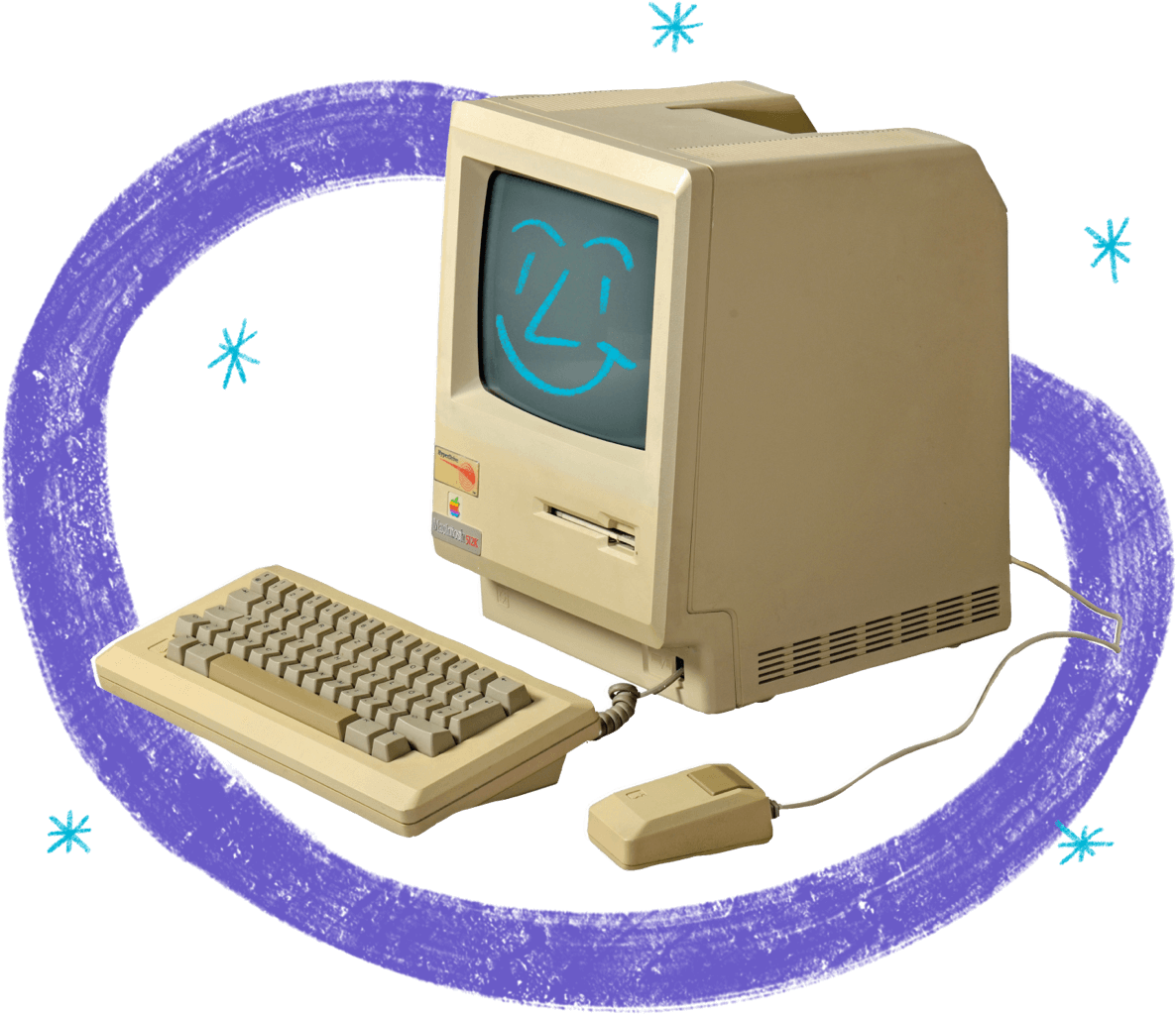 Conglomerates continued to dominate the market. However, the industry did see a famous antitrust suit that broke up AT&T into regional companies in 1982 and weakened its power. 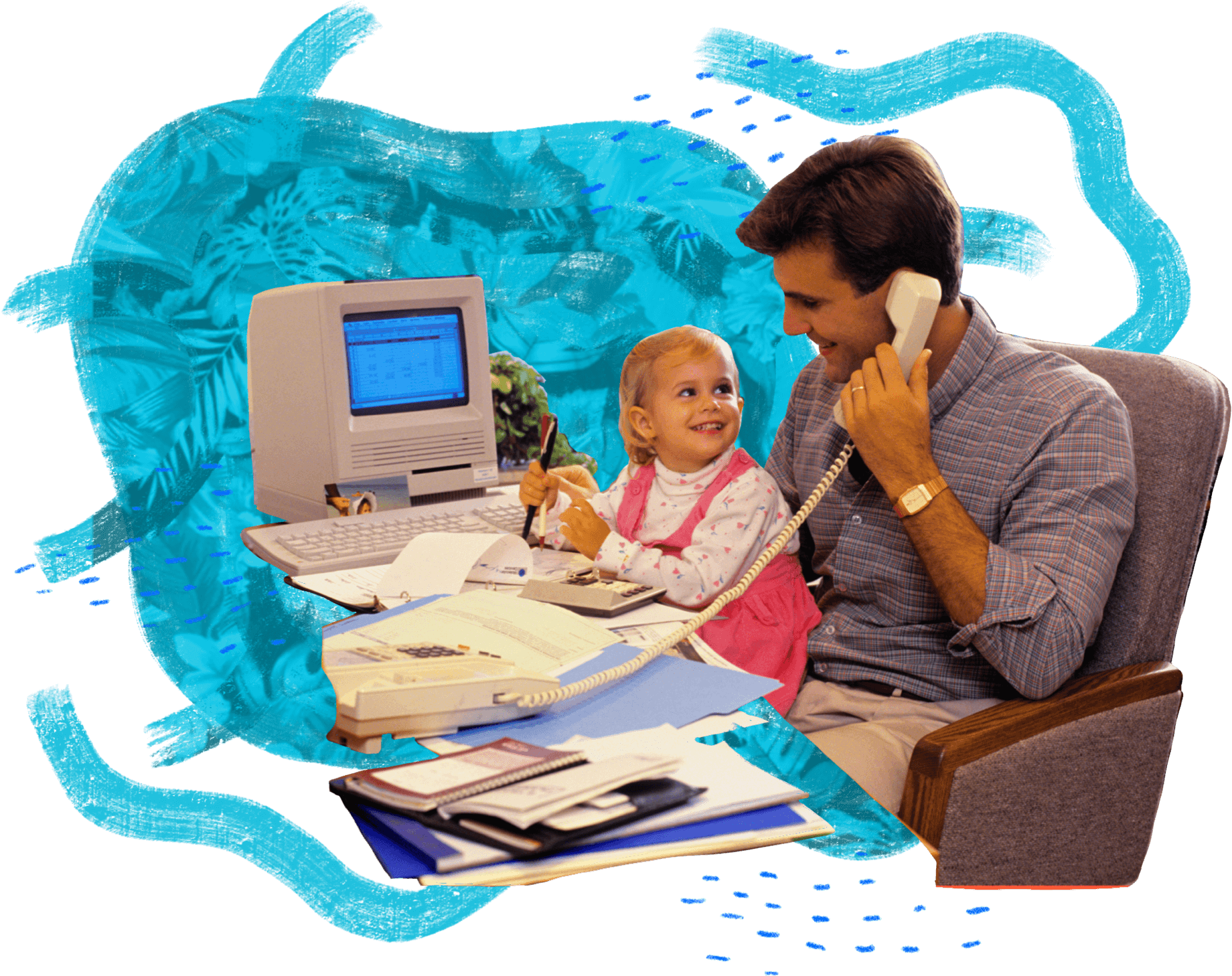 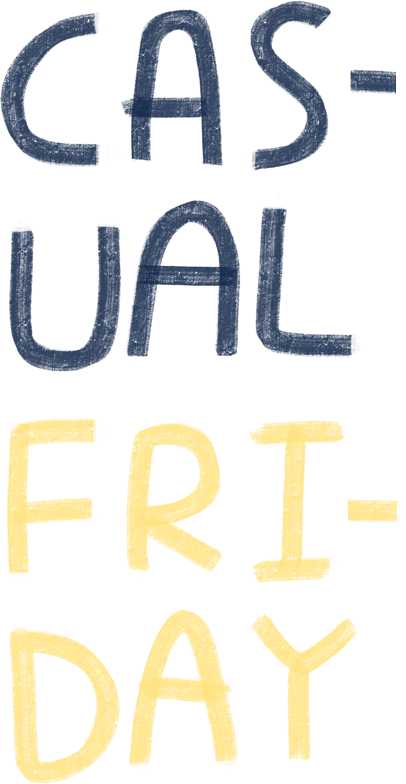 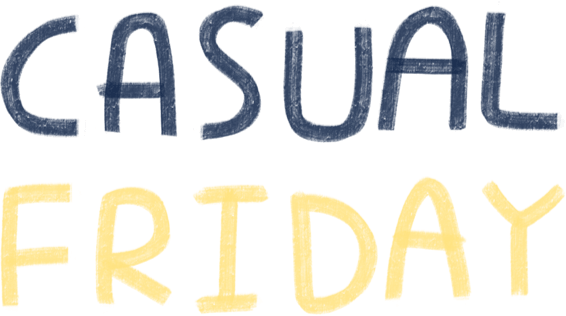 Employees increasingly had doubts about the value of long-term company loyalty and started putting their own needs and interests above their employers'. "Office Space” debuted in 1999 and humorously brought this idea to life, satirizing the banal, everyday work of office denizens and their incompetent, overbearing bosses.

As the New York Times reported, “Companies that fail to factor in quality-of-employee-life issues when imposing total quality management or 're-engineering' or any other of the competitiveness-enhancing, productivity-improving schemes now popular may gain little but a view of the receding backs of their best people leaving for friendlier premises.”

“Casual Friday” came on to the scene, where on the last day of the workweek, employees would shed their typical suits and dresses in favor of jeans, chinos, and sneakers.

Later in the decade, dot-com businesses grew quickly (but a crash was coming in March 2000.)

Big tech IPOs included Yahoo and Netscape. The birth of Amazon and eBay ushered a new era of e-commerce. 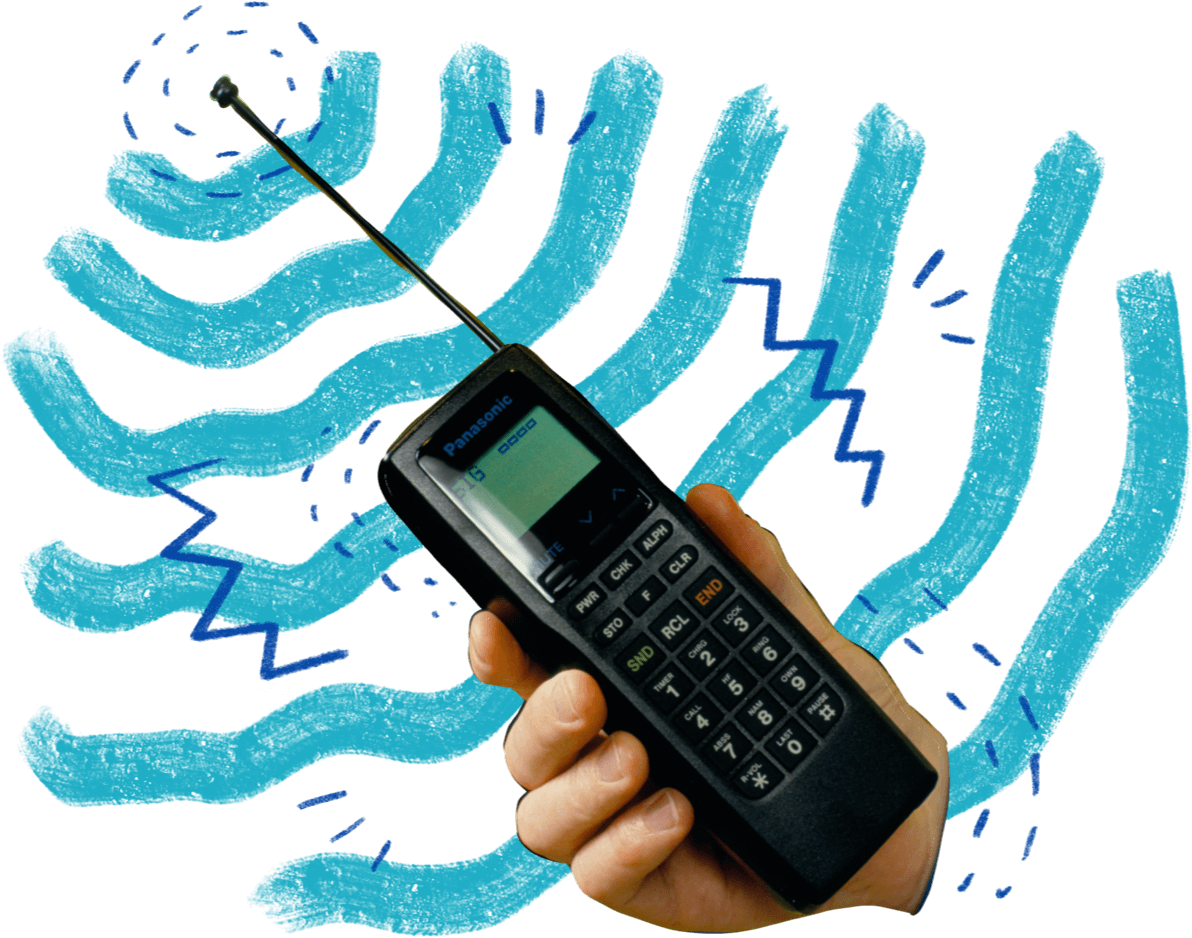 Walmart was the third-largest company in America, behind automotive giants GM and Ford.

In 1999, science fiction writer David Gerrold predicted the modern smartphone with eerie accuracy, describing something that would be “a pocket organiser, a beeper, a calculator, a digital camera, a pocket tape recorder, a music player, and a color television.” 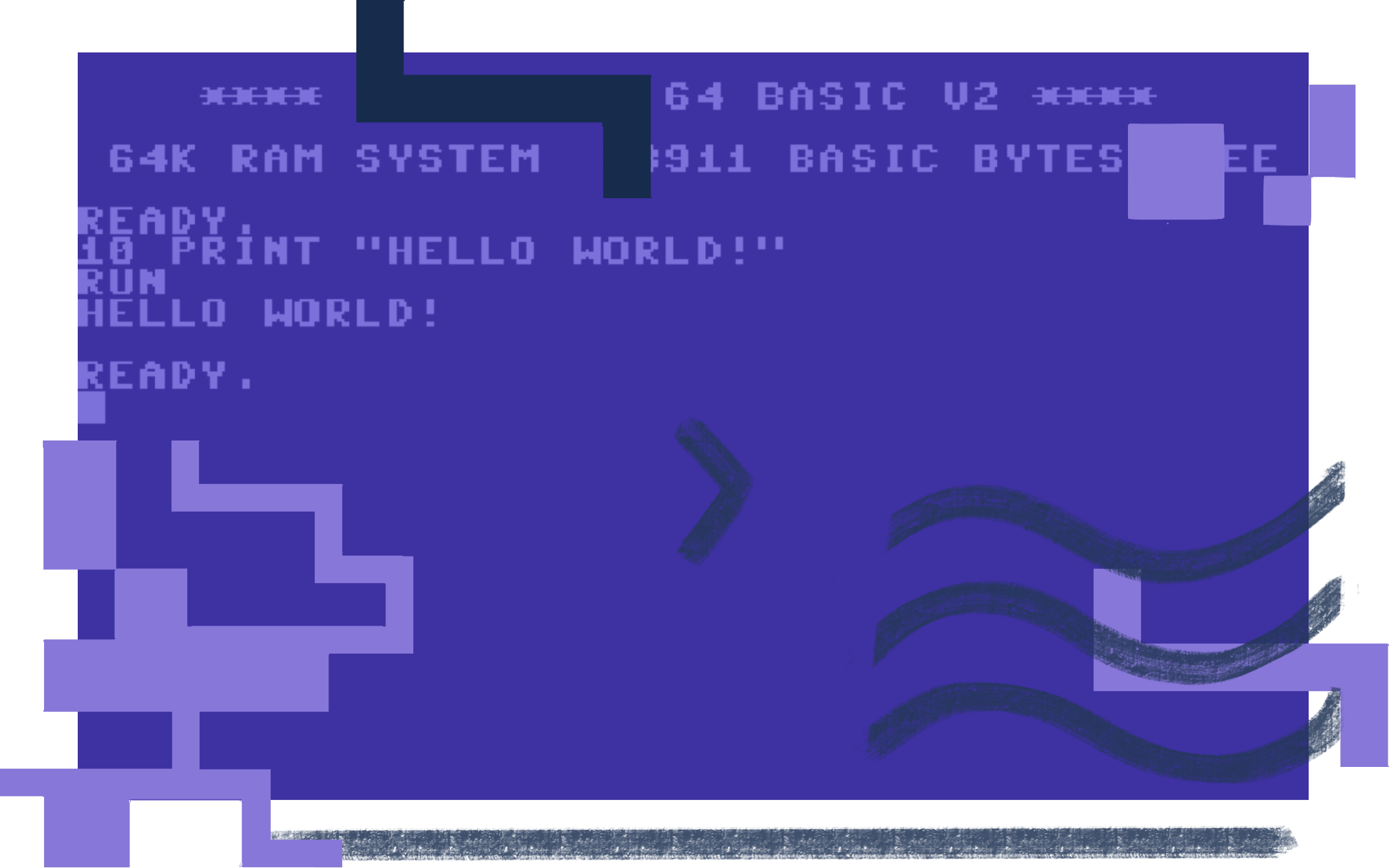 Despite the dotcom bust, the widespread use of technology in the workplace began to affect low-wage, lower-education jobs. Just as technology had reduced the number of jobs on factory floors, it also meant fewer administrative assistants, bank tellers, and retail workers.

“A shifting economic landscape is driving significant changes in the American workplace. Employment opportunities increasingly lie in jobs requiring higher-level social or analytical skills, or both. Physical or manual skills, as much in demand as social or analytical skills some three decades ago, are fading in importance. Not coincidentally, employment is rising faster in jobs calling for greater preparation, whether through education, experience, or other forms of training.”  – Pew State of American Jobs report

The share of American women over 16 in the labor force hit its peak in April 2000 — at 60 percent. (It’s never been higher than that, even today.)

Death to the cubicle

Whatever luster the cubicle had back in the 1960s faded away by the new millennium. The early 2000s saw the rise of open-floor office plans and more began telecommuting.

Work satire continued to influence pop culture. “The Office” premiered on BBC in 2001 and the American version premiered on NBC in 2005, bringing in over 11 million viewers. 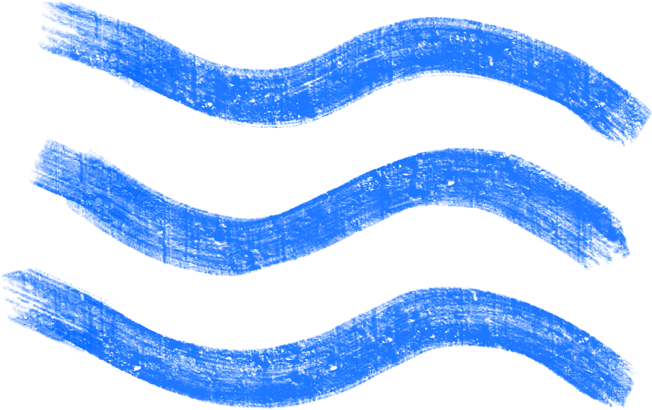 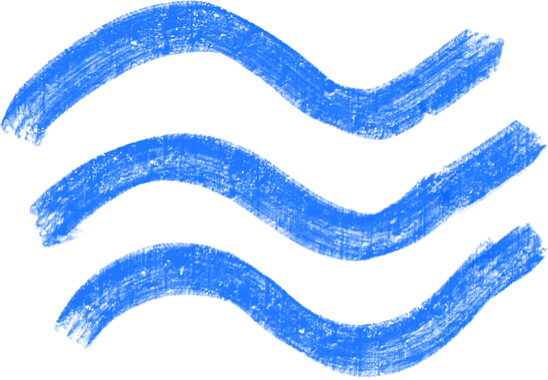 In 1998, Exxon and Mobil signed a US $73.7 billion merger – the largest corporate merger ever up to that point. By the end of the decade, ExxonMobil was #1 in the Fortune 500.

After nearly going out of business in the financial crash of 2008, General Motors fell out of its traditional #1 spot, down to #6.

So much of the technology we use today was launched or introduced in the 2000s. 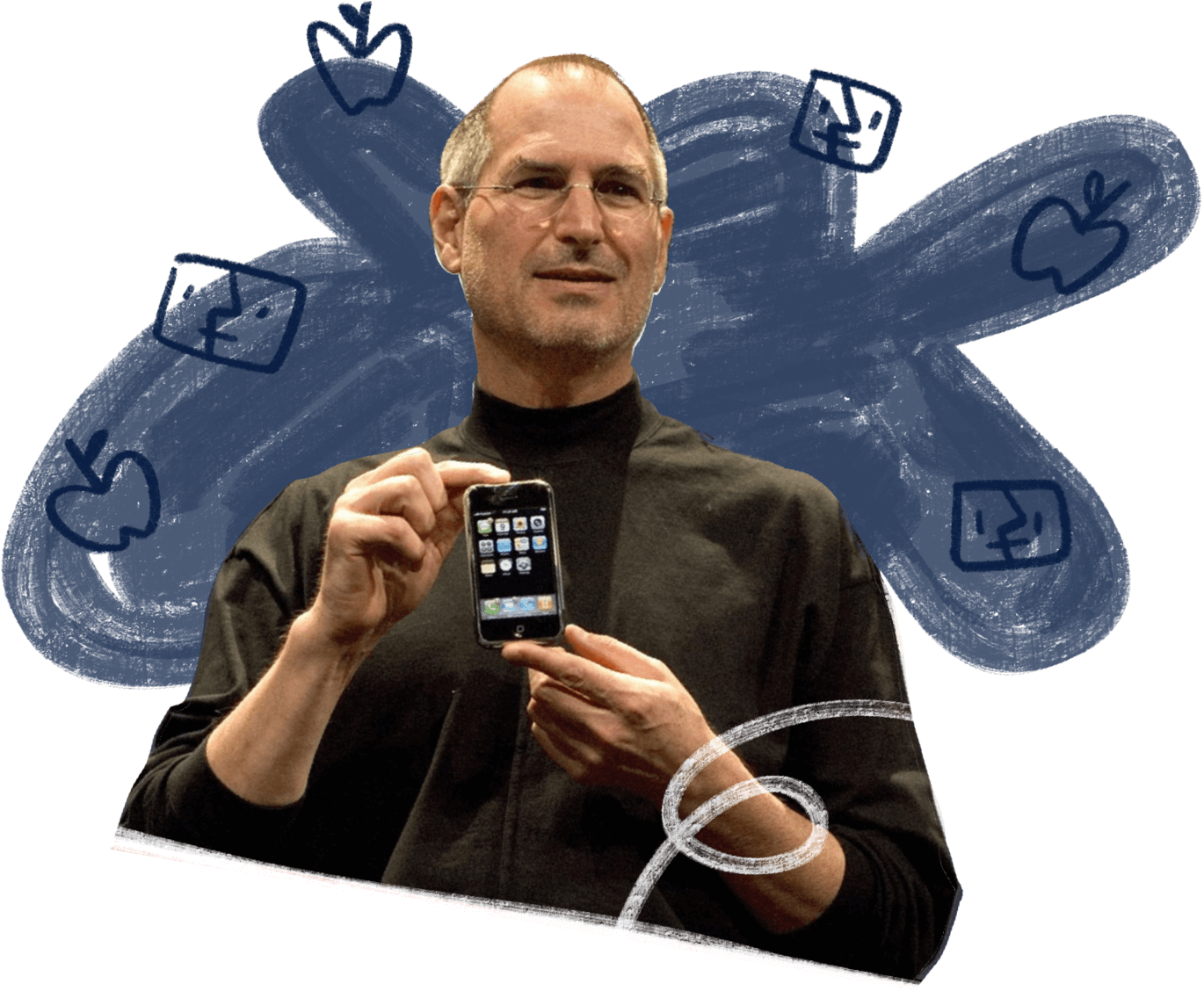 In 2003, consultancy firm Accenture released a video called “The Office of Tomorrow” that debuted a new technology to continuously track employees through the use of geolocation. Ten years later, this concept has come to life at a handful of American companies, prompting privacy concerns. 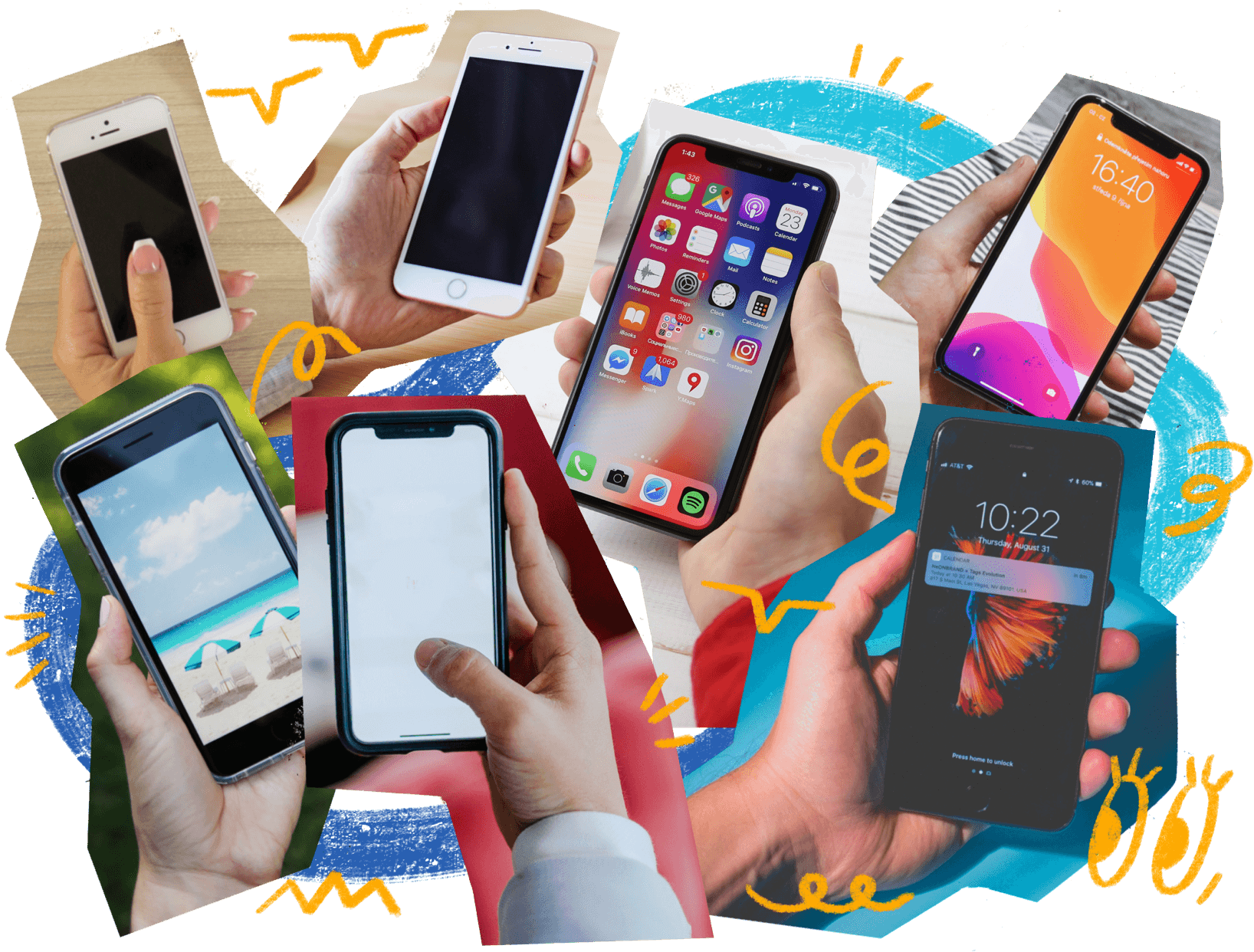 Slowly but surely, the U.S. economy recovered from the 2008 recession – the largest since the Great Depression.

Globalization and the loss of many retail jobs in the recession resulted in a shift in the American economy from manufacturing to services, specifically in healthcare and social assistance.

The tech sector becomes a huge component of the U.S. economy. Employment among tech and IT is projected to grow 13 percent from 2016 to 2026, faster than the average across all occupations.

The workforce is more diverse than ever 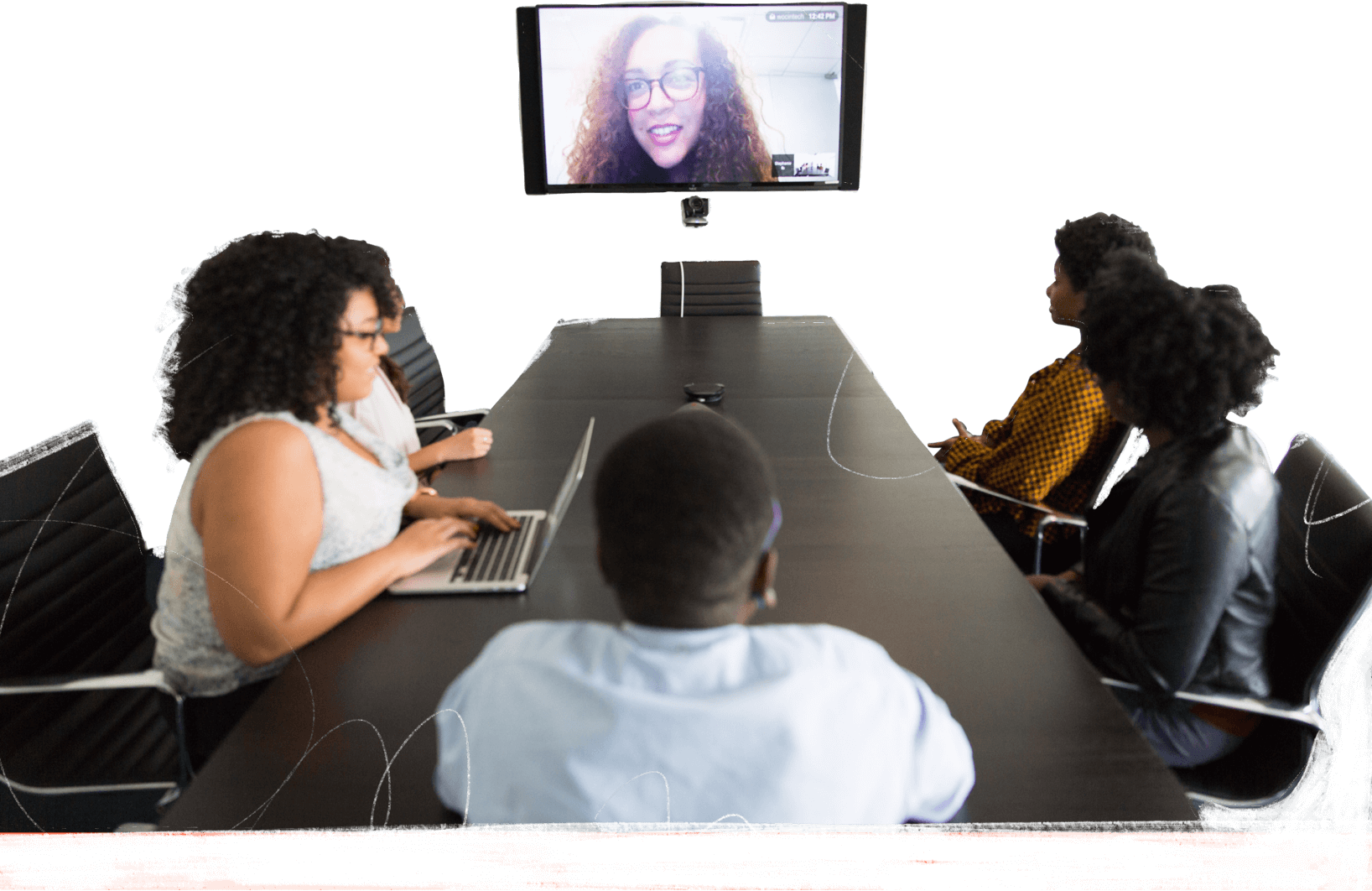 Walmart is still at the top of the list with $514 billion in revenue, but closing in are the tech giants Apple and Amazon.

AI and robotics will create more jobs, not mass unemployment — as long as we responsibly guide innovation.

The majority of the U.S. workforce will freelance by 2027.

Stephane Kasriel, CEO of Upwork, writing for the World Economic Forum in 2017

The world of work has changed so quickly in recent decades and the rate of change shows no signs of slowing down. Reading the trends of the past decades is telling.

What started in the 80s with a desire for work-life balance will continue in 2020, with workers caring less about where they work and more about how they work with their team. 70 percent of high-performing teams prioritize developing strong relationships with their team so they can work together better.

In a rapidly-changing world, transparency and information sharing (not off-limits labs and secretive, siloed projects) will unleash the potential of market leaders in this decade. 89 percent of employees say that transparent decision making boosts team achievement.

Finally, the products and services that will win the hearts of customers will be the ones that built by diverse teams that harness the varied perspectives of their people and share their ideas openly. 67 percent of the high-achieving teams we studied practice giving feedback to each other in order to strengthen their work and produce better results.

The future of work is Open. Open work practices allow for unhindered access to the right context, the bigger picture, and important information when it’s needed most. All teams can do amazing things when they work Open. Get more insights on the future of work from our Open research.

For more on open,
visit atlassian.com/open

FORTUNE 500 Archived List of the Biggest Companies
The Best Place to Work: The Art of Science of Creating an Extraordinary Workplace, by Ron Friedman
Six bold predictions from the past about how we’d work in the future
At Work: Dissecting the 90’s Workplace
Workplace Will Change Slowly in the 1990s : Labor: Employers and employees will wrestle with such difficult issues as participatory management and child care. Progress may be painful
Share of American women in the workplace
U.S. Employment-Population Reversal
Changes in the American workplace
How Your Office Space Impacts Employee Well-Being
Office culture has changed quite a bit over the decades
How the workforce changed since the Great Recession began
Cubed: A Secret History of The Workplace, by Nikil Saval
PWC: Workforce of the future