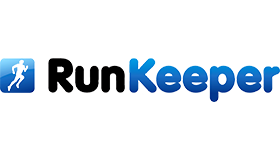 Launched in 2008, the Runkeeper fitness app has a following that just keeps on growing. More than 40 million people use Runkeeper to set goals, create training plans, and track workouts on their smartphones and wearables.

Challenge
For the team of 50 based in Boston, Massachusetts, Runkeeper’s apps are about far more than just tracking daily routes and times. “We get feedback from users that Runkeeper has helped them change their lives,” says Rebecca O’Dette, director of program management.

Changing lives isn’t light work, though. In fact, the scale at Runkeeper is immense, with alternating releases for iPhone and Android every two weeks. “Making sure that everybody is on the same page at any given moment is our biggest challenge,” says Ben Bates, director of QA. For years, Runkeeper used Google Docs to track projects, define requirements, and collaborate across teams, but it quickly outgrew most Google Apps as the company, user base, and release schedule skyrocketed.

"We wanted something that we could use to collaborate, use as a knowledge base, and that could integrate with Jira," says O'Dette.

Solution
Runkeeper tried Confluence free for 30 days to see if it could help the company become more collaborative and organized. Confluence quickly proved it was capable of so much more. “Confluence, in addition to Jira, has been instrumental in helping our teams adopt scrum and agile methodologies,” says O‘Dette.

Runkeeper uses Confluence as its wiki for teams to share, find, and collaborate on work. At the corporate level, Runkeeper uses it to share company goals, values, and benefits information.

Each team typically has its own set of Confluence pages and uses Confluence Team Calendars to set and track key project milestones. For developers, Team Calendars is as crucial as Confluence’s integration with Jira: Team Calendars lets them plan and track their iPhone and Android releases on separate schedules, then stay in sync across multiple teams on important due dates, beta launches, and final releases. Plus, simple macros let them pull release details straight from Jira into their various Confluence project pages, so they have a single view (and archive) of what's included in every release.

Confluence has become a critical place for sharing institutional knowledge, too. Team members use it to document the company's formal processes for reporting bugs, testing products, and posting product screenshots. Hipchat is also integrated with Confluence, so team members get real-time notifications in Hipchat when pages and blogs are created or updated in Confluence.

Benefits
Confluence and Hipchat have been a particularly effective combination in helping Runkeeper advance and enrich its corporate culture of working hard, having fun, and getting fit. And without Confluence, O’Dette says, Runkeeper would be far less organized. “It just keeps the trains running and makes sure our teams are working effectively."

As Runkeeper grows – in number of users, products, and team members – the combination of Jira, Confluence, and Hipchat gives the company the perfect toolset to collaborate effectively and resolve issues quickly. “With Atlassian, our teams are confident that there is a place to work through every issue. Everyone knows where to go to talk about it and work together to fix it.“

I don’t think any other tools can keep everyone linked and in sync as well as Confluence does.— Rebecca O’Dette, director of program management, Runkeeper