In 2014, Atlassian's Finance team was suffering from stale finance documentation, disjointed remediation efforts, and an overall lack of accountability. That's when Rich Woodson joined as a compliance manager and began to create a SOX compliance program. The first iteration used Microsoft Office and resulted in out of date information, which lead to control failures. Plus, it didn't reflect how Atlassian had evolved. They needed to find a better tool that would improve accountability and reflect the dynamic nature of the business.

Before long, the team realized the tool they needed had been right under their noses all along: Jira! This is the story of what they built and how they built it.

At Atlassian, we use our tools to create a platform where Atlassians can thrive while supporting the functional needs of the office.

Get an inside look into our teams, and learn how to think outside the box (and beyond your department) with Atlassian tools. Transform efficiency in your workplace and make every employee happier.

How We Ditched Excel and Upgraded Our Legal Process! A PBS Distribution Case Study 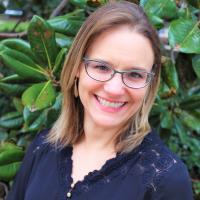 Alexandra Schutz is a Senior Project Manager responsible for implementing software solutions at PBS Distribution. She specializes in managing projects and teams that have spanned across development, planning & operations, and mobile applications. With a love for organization and process improvement, Alexandra has never met an excel spreadsheet she didn’t like. When she isn’t playing with spreadsheets, she likes to keep active by running after her two kids and playing in her roller derby league. 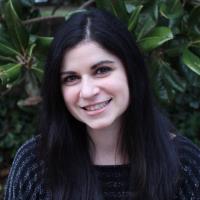 Daniella Apfel is the Senior Manager, Legal Affairs at PBS Distribution. Among other things, she manages the company-wide contract process and anti-piracy initiatives. Ms. Apfel has a law, communications, and television background. She previously worked as a Paralegal at the Janet, Jenner & Suggs law firm in Baltimore, MD. Prior to that, she was a Senior Account Executive at Bender/Helper Impact, a PR/Marketing Communications firm in New York, where she worked with companies in the areas of home entertainment and consumer products, digital content, and online games. Ms. Apfel has also worked at “The Ellen DeGeneres Show,“ Fox Movie Channel, Discovery Communications, and The John F. Kennedy Center for the Performing Arts. Ms. Apfel received her Master of Science in Television from Boston University’s College of Communication. She received her Bachelor of Science in Public Relations from the S.I. Newhouse School of Public Communications at Syracuse University (SU), with a minor in Music Industry from SU’s College of Visual and Performing Arts.

Legal teams need serious tools to help them create and share documents, manage risk, communicate effectively, gather information from business partners, and react quickly. See how PBS Distribution replaced a sole Excel sheet with Jira Software to log contract requests, track workflows, and create a self-service channel to help prioritize the work of the legal team and build transparency across the organization. You'll walk away with real-life examples and ideas you can implement with your own legal team and apply to other teams across the business.

HR On-Boarding Made Easy: How Fair Manages Hypergrowth with Jira

Nathan Oni is a Support Engineer at car-as-a-service app Fair. He has a background in IT and Project Management with a passion for technology education and presentation. He has completed eight Atlassian University certifications and is an advocate for organization and products that support efficient workflow.

Not too long ago, Fair was conducting on-boarding using email, chat messages, in person meetings and spreadsheets. The process was disjointed and disorganized, which was made harder by the fact that the number of new hires had tripled in size in just 9 months. Using a Jira Software Kanban board and Confluence in tandem, an intricate system has been created to manage 13 types of new hires and 55 checklist items needed to complete an individual's HR on-boarding. In this talk, you'll get a step by step overview of Fair's on-boarding process using Jira and Confluence. Attendees will leave with an actionable use case for their HR team.

The US medical device, pharmaceutical, and healthcare industries have stringent regulatory norms to protect patients' safety and privacy. They are under constant pressure to provide innovative solutions for improved personal care while staying compliant with the ever-evolving regulatory landscape.

But how do you bridge the gap between agile development for innovation and audit readiness for compliance? In this session, Sundar Selvatharasu and Andy Spoone of Sierra Labs will share how they use Jira both for engineering innovation and as a quality management system for compliance with GXP, GDPR, and HIPAA.

Tania is the founder and brainchild behind the offerings of Infoware Studios, Talent Vibes and Womlers. A tech entrepreneur at heart, with a non-stop flow of ideas. She is passionate about assisting businesses, individuals and communities to succeed, committed to building a better society for all. Tania has a passion for software development, mentoring and has more than 19 year of experience in tech. Her endless energy is channeled in making organisations a better place to live in; skilling up software developers, while building software products to solve key problems. She has a BCom in Management, BCom in Information Sciences, is a Certified Scrum Master (CSM) & Microsoft Certified Professional (MCP) and Certified Parts Therapy Facilitator (CPT). She has been in various executive positions since 2010.

If you think running a multinational telecom company is simple or easy... well, you've never tried to do it. Logistical challenges abound! But that didn't stop Infoware Studios from streamlining the heck out of their workflows.

Join Tania van Wyk de Vries as she explains how they automated end-to-end sales and order fulfillment using Jira Service Desk and Jira Core. She'll walk through the workflows step by step, pointing out the Marketplace apps, CRM integrations, reporting, and custom-built solution that now form the backbone of their system. This is your chance to shortcut the trial-and-error process and share Infoware's lessons learned with your team. 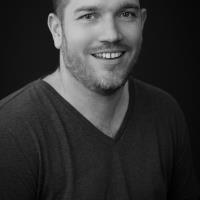 Ex Head of R&D Program Management, now galivanting around the world learning and sharing about the Future of Work, Agility at Scale, and Adapting businesses.

The answer: people, practices, and tools. Join Dominic Price, Work Futurist at Atlassian as he shares his experience in working with other top enterprise organizations. Learn about the trends affecting the future of teamwork, and proven practices that can power successful workplace transformation.

Building a Culture of Trust and Transparency Through Confluence 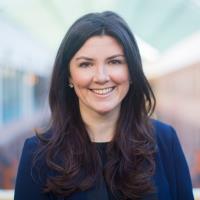 Katie Burke is the Chief People Officer at HubSpot, where she oversees HubSpot’s global employment brand to attract top-level talent as the company continues to grow and enter new markets. She creates and delivers the optimal candidate and employee experience for HubSpot’s offices around the world. Katie manages the team responsible for HubSpot’s award-winning culture and commitment to transparency and autonomy. During her time at HubSpot, the company has received culture commendations from Entrepreneur, Fortune, The Boston Globe, Glassdoor, and The Boston Business Journal. Katie’s emphasis on a culture of inclusion, diversity, and support has also placed HubSpot on Fortune.com’s “100 Best Workplaces for Women” list. Prior to HubSpot, Katie was the Director of Marketing and Corporate Partnerships at Athletes’ Performance and Core Performance. During her tenure, the company was named one of Fast Company’s Most Innovative Companies and was featured on CNN Money, Yahoo!, ESPN, The New York Times, and more. Katie also served as a Brand Manager at EXOS. She attended Bates College and holds an MBA from MIT Sloan School of Management. Katie is an advisor at Flybridge Capital and was on the part of the inaugural Rev Boston Class of Top Women in Boston Tech.

The natural inclination for most global public companies is to hide things, yet transparency has always been core to HubSpot’s culture. But, a culture of transparency doesn't just happen -- you have to build it. One of the primary ways HubSpot has built a transparent culture is through "the wiki," powered by Confluence. At HubSpot, all 2,500 employees are encouraged to think like stakeholders or CEOs. Everyone has access to the wiki where everything is shared - from financials to strategy - with everyone in the organization. Why? Because sharing builds transparency, trust and alignment. The "wiki" removes the incentive for teams and leaders to solve for themselves over the organization, and instead encourages conversations, collaboration, and innovation for a common mission.
In this talk, Katie Burke, HubSpot's Chief People Officer, will share the story of how Confluence became a pillar of HubSpot's award-winning culture, as well as highlight specific use cases you'll be able to implement at your own company.

Be the first to know about all-things Atlassian events. Sign up for special announcements, registration deadlines, speaker news, and more.