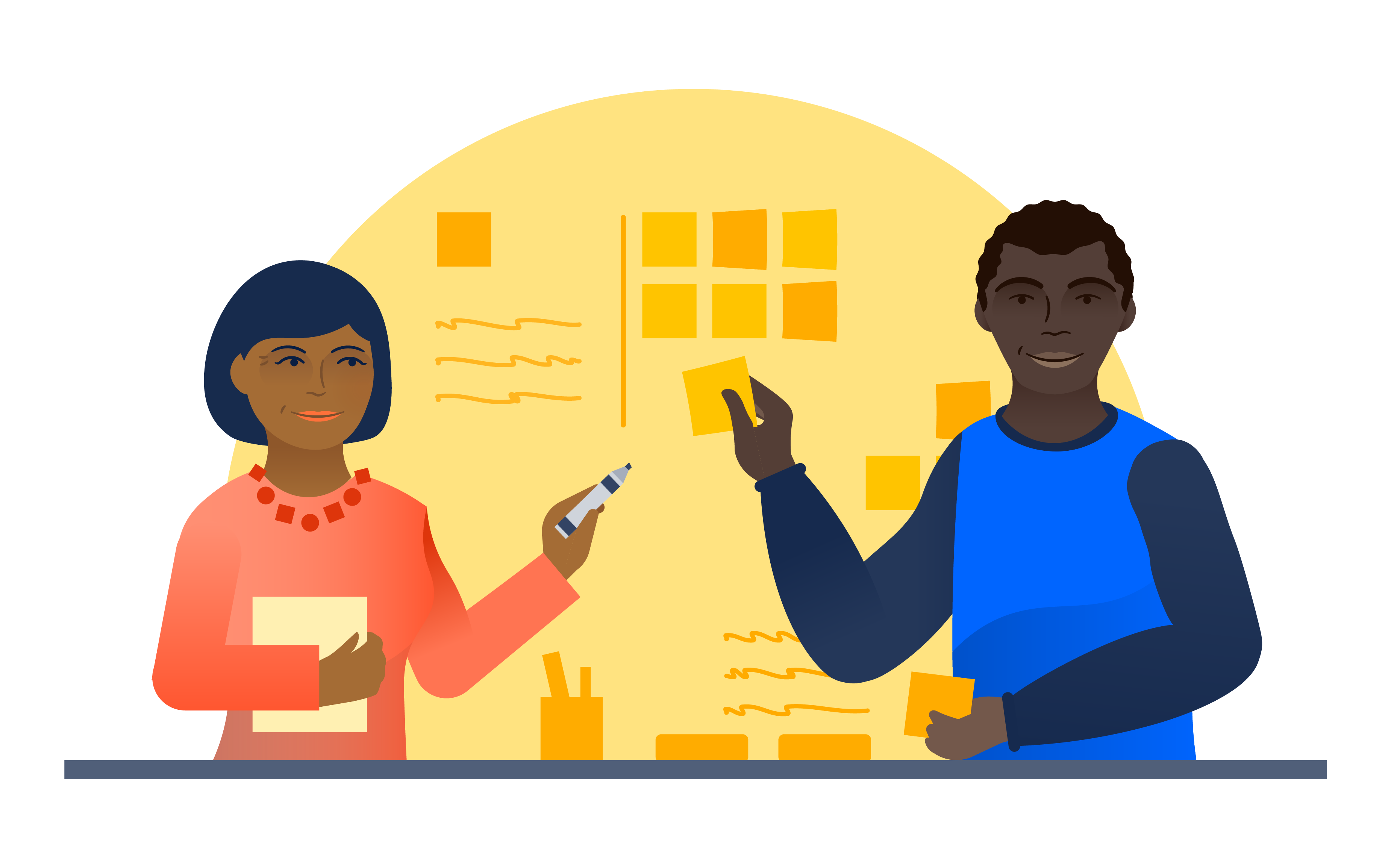 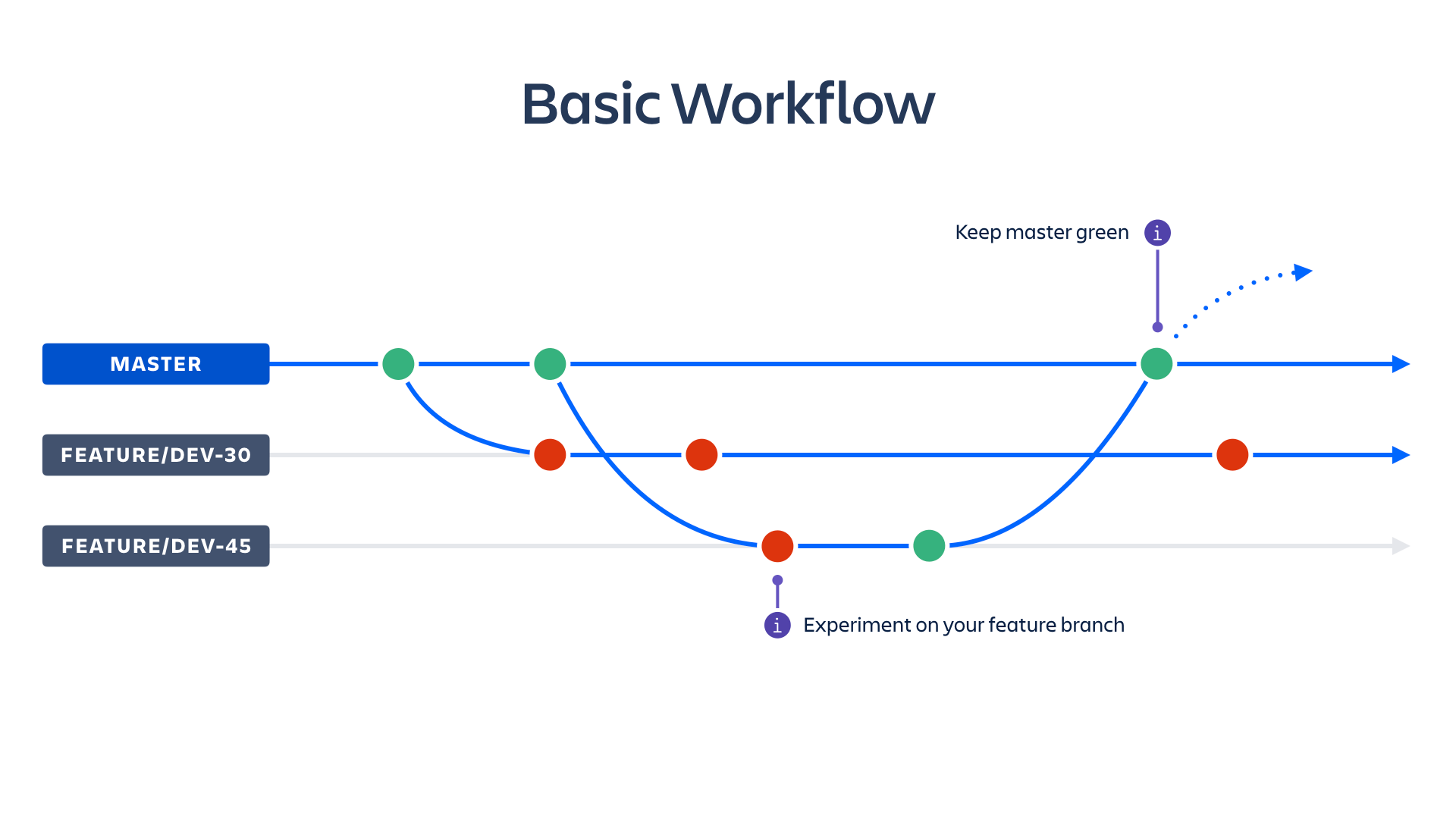 We've established that short-lived branches provide a great way for developers to collaborate on a project or feature without stepping on each other’s toes. But more importantly for CD, isolating all the work in progress on development branches keeps master and any stable version branches in a clean state so you can ship at will.

By way of example, all the development teams at Atlassian have an agreement that nothing is ever committed directly to master or the stable branches. Everyone does their work on branches. In fact, we're so bullish on branching that we've taken to creating a separate branch for each JIRA issue we tackle – more on that in a bit.

Anyway, this means that people can break as many tests and do as much damage on their branches as they want! Master remains in a state where we can release from it, and where you can make new branches off it without inheriting a bunch of broken code. That's a win for CD and general developer productivity (not to mention morale).

Here again, rigorous automated testing on their branches or forked repos is the key to collaboration happiness. You'll want to review their build and test results before approving any merges into your master code line.

Creating a branch for each issue makes it easy to hand-pick which changes to ship out to production or bundle into a release. Since you're not dog-piling changes onto master, you get to select what comes into master – and when. You can ship an epic's MVP plus one nice-to-have, rather than wait until all the nice-to-haves are fully baked. Or ship a single bug fix, and do it within the framework of a regular ol' release. Even if the fix is urgent, you won't have to deal with the 3-ring circus of backing out other changes that aren't ready to ship yet just to get that one change out the door.

Not only does this approach keep un-proven code off master, when you include the relevant JIRA issue key and developer's name or initials in the branch's name, it's crystal clear what the state of development is for each issue in flight.

Notice the naming convention used in the picture above: it's the unique key for the JIRA issue being implemented, plus a short, human-readable description of what that issue is all about. So as a release manager or other stakeholder, you could look at the repo shown above and know at a glance that the user story tracked by AMKT-13952 is ready for release because you can see that it's been merged to master. That's traceability without all the manual effort – boom.