Watch full replays of keynotes and breakout sessions from Summit 2017. Then join the conversation with Summit speakers on the Atlassian Community.

Cross-sector Teams: How the Atlassian Foundation, MIT, and the Australian Government are Teaming up for Good 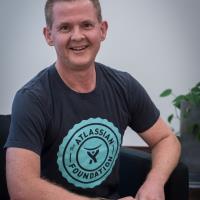 Atlassian, MIT, and the Australian Government have teamed up to tackle a Big Hairy Audacious Goal: to help educate 10 million disadvantaged youth over the next 10 years. As you know, tackling complex problems like this is no easy feat. You need to team-up – often with other organizations who have different cultures, objectives and work practices – in order to succeed. In this panel session, Mark Reading, Head of the Atlassian Foundation, Dawda Jobarteh, Managing Director, Community of Solve at MIT, and Matt Steine, Innovation Director, Australian Department of Foreign Affairs and Trade, will share their experience teaming up to tackle a massive social challenge, how they're using Atlassian tools to better collaborate on the project, as well as lessons learned along the way. Attendees come away with actionable tips and tricks for working with distributed teams who are cross-border, cross-sector, cross-time zone, and/or cross-culture. This is the perfect chance to improve your remote-working prowess while also learning more about new Atlassian Foundation initiatives.

Triad Magic: How Product, Design, and Engineering Work Better Together

Three is a magic number when it comes to team composition at Atlassian. In fact, as early as 2013 we have been advocating Triads – teams formed around the three core areas of software development: Product, Design and Engineering.

In this session, Atlassian Product Manager, Steve King, will dissect the triad he works in and demonstrate how his team manages shared and individual responsibilities to build trust and take product changes across the finish line. He will share lessons learned along the way along with tips and tricks for forming your own successful triads.

Sprinting to Success: The Agile Transformation at Lifesize 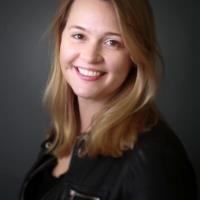 Life long Texan with a few year stint in North Carolina and New York City. Computer Engineering degree from University of Texas at Austin. I spent 12 Years at IBM before joining Atlassian. I work with clients deploying Atlassian tools at scale. 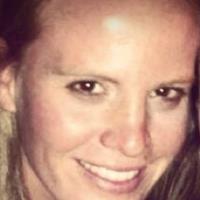 I am a maximizer at heart and love to work with individuals and teams. Change is hard and like anything you have to pick your battles. I first learned of the agile scrum methodology while working in the Intelligence Agency for the federal government in 2005. I have been practicing and working with teams over the last decade to utilize principles and adjust where it makes sense. Every company and team has a different culture, but our problems are similar in nature! The more visible our problems are to others, the more opportunity there is for a change to occur and for leaders to take action. For fun I enjoy spending time with my family and two small children.

If you're rolling out Agile to new teams or looking to mature and scale your Agile adoption, this session is for you! Lifesize Agile Engineering Delivery Manager, Amy Williams and Atlassian Enterprise Advocate, Holly Tompkins will share the multi-year journey of starting and scaling the Agile transformation of the hardware and software engineering teams at Lifesize, a maker of video, audio and web conferencing solutions. They will share their transformative process: starting with moving teams one by one to the agile model, then scaling by utilizing quarterly program increment planning and demos. These practices helped Lifesize deliver better products, break down organizational silos, develop trust and transparency across the company, and help teams reach their full potential. They’ll discuss how these practices – alongside tools like the Atlassian Team Playbook and Health Monitor – can help your team start and scale the agile framework, too.

Scale at Reddit: Triple Your Team Size Without Losing Control 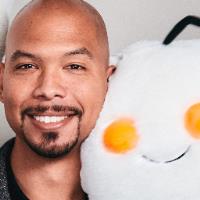 Nick Caldwell is the VP of Engineering at Reddit where he is responsible for building and operating the 4th most visited site in the US. Prior to joining Reddit, he held various positions in engineering leadership at Microsoft, including work on natural language processing, enterprise search, machine learning, in-memory databases, and business intelligence. Nick's most significant executive role at Microsoft was as General Manager of Power BI where he rapidly transformed the company's business intelligence suite. Nick holds a degree in computer science and electrical engineering from MIT and an MBA from UC Berkeley. He's a native of P.G. County Maryland, but is happy to call San Francisco home.

As of 2017, Reddit has 300 million monthly visitors, ranking #4 most visited website in US and #8 in the world. As you can guess, this kind of tremendous traffic takes some serious engineering efforts that have had to scale with the site's growing popularity. Join Nicholas Caldwell, VP of Engineering at Reddit as he discusses his engineering team's approach to agile development as they scaled from 40 to 120 engineers. He will walk you through their use of tools like Jira and Tableau, discuss meeting rhythms, and cover the must-have cultural elements of a successful team that work at every point of scale.

Winning at Project Management with the Team Playbook 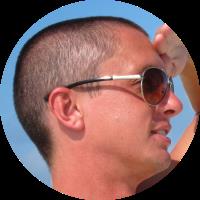 Alastair is currently Head of Design, Platform, Mobile and Comms at Atlassian. He is an advocate of using design thinking methodologies to solve complex business problems. Previously, Alastair worked at global publishers Reed Business Information as well as a digital consultancy firm consulting to Qantas, FOXTEL and Telstra. He also owns a rather large tee-shirt collection. You can find Alastair on Twitter at @alanstairs. 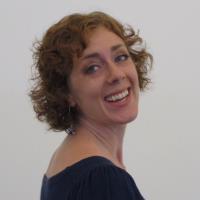 Managing a project is about more than just tracking the work. Your project teams have diverse skill sets, report to different managers, and may even have different visions of what to deliver. How's a project manager supposed to wrangle their team and deliver the goods without losing their mind?

That's where the Team Playbook comes in. From making sure you're building the right thing, to building team harmony, there are loads of project management plays. Join Sarah Goff-Dupont, Atlassian Principal Writer and Alastair Simpson, Head of Atlassian Design, Platform, Mobile & Comms, as they dive into what exactly these plays are and how they've helped various Atlassian teams master their project management. Whether you're a career project manager, or a project just "landed on your plate", you'll walk away with a game plan for keeping morale and quality high, and bottlenecks to a minimum.

Mental Health in the Workplace - The Atlassian Way 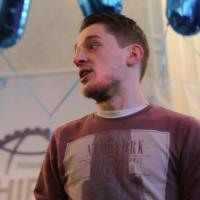 Mental health is an aspect of diversity often labeled "taboo" in the workplace. In this session, Tyler Smith, Atlassian Workplace Productivity Analyst, will discuss about how Atlassian deals with this tricky – and often extremely sensitive – topic with the love, care, and attention that it needs. Come hear how Atlassian has helped him to both cope and thrive in the workplace, despite the daily challenges he faces. Tyler has openly shared his experience with fellow employees on our internal Confluence blog, and is excited to be able to share his journey more broadly. Whether you have struggled with mental health issues first-hand, or just want to know how you can help support those who do, this talk is one you won't want to miss. 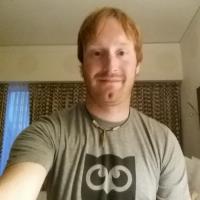 How often has your engineering team been given an Epic to work on complete with user stories specifying grandeur designs and technical solutions? More often than not, engineers need to rip this apart to make it technically feasible. As an engineering leader at Hootsuite, Tyler Brown recognized this problem and responded by creating a concept called "Epic Champions". Epic Champions enables engineers to own an Epic from initial ideation through delivery and work with product and design to make the feature hit the mark every time. In this session Tyler will walk you through the Epic Champions concept and teach you how to trust and empower engineers to ultimately build higher quality software that truly meets customers needs.

Embracing a Remote Workforce - Our Practices for Global Productivity and Communication

Eugenio Pace is the co-founder and VP of Customer Success for Auth0, a technology company that builds a suite of modern platforms for developers. Prior to Auth0, he worked many years in the patterns & practices group at Microsoft (p&p). p&p delivered technical guidance to help developers build great solutions. He managed the PM team there and his areas of work were cloud computing, identity management and mobility. He is also a co-author of A Guide to Claims Based Identity and Access Control_ and _Developing Applications for the Cloud on the Microsoft® Windows Azure™ Platform (Patterns & Practices).

Today, 37% of Americans work from home part-time. And the trend is spreading throughout organizations across the globe. From day one, Auth0 – a fast-growing identity platform – has welcomed geographical diversity. After-all, co-founders Eugenio Pace and Matías Woloski created the company while on two different continents. They believe in hiring the best person for a role, regardless of where they reside, and now have 200 employees spread across 25 countries. While there are many benefits to a work-from-home lifestyle, there are also a unique set of challenges, including the need to have buy-in from the entire company for a remote culture to work.

In this session, Eugenio will discuss best practices for creating and supporting a remote workforce like how to effectively manage distributed projects and run global meetings. You will leave with specific, practical steps to communicate deliberately, create processes, and utilize tools to work productively from anywhere.

There Is No Such Thing as Scope Creep 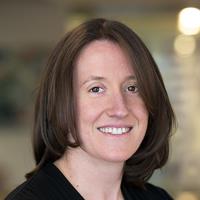 Jessica Hall is the director of Product Strategy & Design at 3Pillar Global. She helps clients build great products by defining their vision, focusing efforts and engaging with their customers. Previously she built the UX team at CEB and led the creation of the Newseum’s interactive exhibits and website. She has contributed to Mind the Product and Technical.ly and blogs at Hallway Studio. Her work has been recognized by the Web Marketing Association, American Association of Museums, The Webby Awards, Time and Forbes. Jessica holds a Masters in Design and Digital Media from the University of Edinburgh and a BA in Journalism from American University.

"Scope creep" is a frequent source of friction between technical teams and stakeholders, and can lead to a toxic environment without a balance between requests and changes. But what what we know as "scope creep" is actually the main reason agile software development first came into existence - so teams could adequately deal with the rapidly changing environments, opinions, and learnings vital to building successful software products. In this talk from Jessica Hall, Senior Director of Product Strategy & Design at 3Pillar Global, you will will learn how to manage ever-changing requirements, strategies for discerning true “hair-on-fire” needs from “nice-to-have-someday” asks, and recommendations for how to handle change requests.

Mark has been managing global software development and technology teams for over 15 years at Qualcomm. Mark is currently responsible for a number of end user services at Qualcomm including the help desk, desktop field services, asset management and knowledge management. Mark has also been leading the San Diego Atlassian User Group for over 6 years.

The Atlassian User Group (AUG) program built a culture of community that includes over 130 groups around the world and continues to grow 60% YoY, thanks to a team of passionate volunteer leaders and members. Building a focused and motivated team across the globe isn't easy, but we'll share the foundation to the user group community's success along with take-aways for attendees looking to build successful teams of their own. In this unique session, we will highlight the Atlassian User Group culture by presenting elements of a real user group event and provide meaningful information for attendees, including the opportunity to sign up and experience the user group team culture themselves.

Be the first to know about all things Summit. Sign up for special announcements, registration deadlines, speaker news, and more.